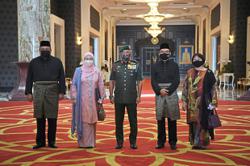 PUTRAJAYA: The exclusion of liability clause cannot shield a bank from being sued for negligence, ruled the Court of Appeal.

The judgment was in regards to a suit brought by British couple Anthony Lawrence Bourke and Alison Deborah Essex Bourke against CIMB Bank Bhd over a banking error that cost them a piece of property in Kuala Lumpur.

The Bourkes had taken a loan from CIMB Bank in 2008 to service their monthly instalments.

However, the bank failed to make payment on one of the invoices, resulting in the developer terminating the entire Sale And Purchase (S&P) with the couple.

Justice Rohana Yusuf ruled that the exclusion of liability clause of the agreement between the bank and the Bourkes cannot be sustained and cannot absolve the bank from liability in contract or tort.

Justice Rohana, who had chaired a three-man panel together with Justices Vernon Ong Lam Kiat and Hasnah Mohammed Hashim, also found that based on the records, it was clear that the bank was liable for the non-payment of the invoice.

This overturns the Kuala Lumpur High Court Judge Noorin Bada­rudin’s decision on Sept 5 last year to dismiss the Bourkes’ suit, on the grounds that Clause 12 of the agreement excludes the bank from liability in a suit.

During the appeal hearing yesterday, the Bourkes’ counsel Ong Yu Jian argued that the all-encompassing exclusion liability clause which protects CIMB went against public policy and was in contravention of Section 29 of the Contracts Act 1950, which was to protect public interest.

He submitted that though Malay­sia does not have the United Kingdom’s equivalent of the Unfair Contract Terms Act to prevent parties from making unfair contracts, Malaysian Common Law should recognise the patent unfairness in such clauses and instead protect the public, which have no choice but to agree to such clauses when dealing with banks.

Ong told reporters the decision was a landmark, in allowing a bank to be sued for acts of negligence despite the presence of such clauses.

“This decision would improve the standards of the banking industry as a whole, as it would make banks more careful and accountable to their customers in their day-to-day dealings,” he said.

The Bourkes filed the suit at the KL High Court in 2015 for da­mages of around RM1.1mil over the loss of the purchased luxury condomi­nium along Jalan Sultan Ismail, in Kuala Lumpur developed by Crest Worldwide Resources Sdn Bhd.