PETALING JAYA: CCTV cameras at KLIA2 have captured a clearer image of a woman believed to be one of the assassins who killed Kim Jong-nam, the half-brother of North Korean leader Kim Jong-un.

The image zooms in on the alleged killer's features, depicting her to be middle-aged and of Asian descent.

In the grainy image, she can be seen wearing a top with the word "LOL" in large letters and a blue short skirt, with her right hand over a small sling handbag.

An earlier CCTV image that had been circulating online showed a picture of a woman believed to be the same person, but taken from a greater distance and at a different angle.

Jong-nam, 45, died after he was attacked at the Kuala Lumpur International Airport 2 (KLIA2) on Monday.

He is believed to have been attacked by two female agents who splashed his face with a chemical at the airport’s departure hall at about 9am on Monday.

The women later got into a cab and fled.

It is believed that Jong-nam arrived in Malaysia from Macau on Feb 6 and was about to return there when he was attacked. 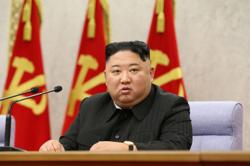 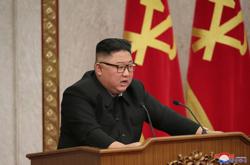