Boy forced to use urine bag after botched circumcision

Young boys participate in a mass circumcision event amid grand welcome and festivities, which some consider as a celebration of reaching manhood. - AFP

SEGAMAT: Another case of botched circumcision was reported on Jan 5 after a 10-year-old boy had part of his penis severed following a mass circumcision ceremony at a surau in Sg Buloh.

The boy was referred to Hospital Selayang after the bleeding in his penis failed to stop following the Nov 25 procedure which was performed by an assistant medical officer.

After doctors failed to reattach the blackened penis head, he was sent to a private hospital to undergo three more surgeries.

As a result, the boy now has to urinate using a catheter and carries around a urine bag on his body.

On Dec 15, a nine-year-old boy had his glans penis severed in a circumcision at a private clinic in Jalan Ipoh.

He was sent to the Kuala Lumpur Hospital (HKL) to reattach it but it had already turned black, leaving the doctor no choice but to amputate.

Five days later, it was reported that a 10-year-old boy also had the head of his penis severed during a botched laser circumcision at a clinic in Taman Cheras Utama.

The boy was rushed to Universiti Kebangsaan Malaysia Hospital, which then referred him to HKL and his glans penis was successfully reattached.

"Meanwhile, under the ministry's jurisdiction, we can suspend the medical and clinic licences of errant practitioners if they are found guilty of negligence," he said this after a working visit at Pekan Batu Anam here on Saturday. 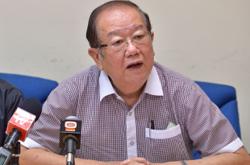