KUALA LUMPUR: Firefighters came to the rescue of a man whose penis was stuck in a metal ring.

City Fire and Rescue Department chief operations officer Samsol Maarif Saibani said when contacted that 12 firefighters were dispatched to University Malaya Medical Centre after a call was received at about 8.56pm Friday from the hospital.

When they reached the ward, the man was already in agonising pain.

Samsol said the team from the Hang Tuah station encountered a small problem removing the metal ring at first, as it was too thick to cut through.

He said the blade of the tool used to cut through the ring was not sharp enough for the delicate task.

"We had to call in another team from the Sungai Buloh headquarters to assist us.

"Usually in a case like this, bomba will get called in to help because medical facilities do not have the tools required to remove the ring from the private part," he explained.

Samsol said the victim was in his 30s, although he did not disclose as to why the ring was found stuck around the man's genitalia.

Firefighters managed to remove the ring at about 2am on Saturday.

Samsol said that this was only one of many such cases this year where the Fire and Rescue Department had been called in to help. 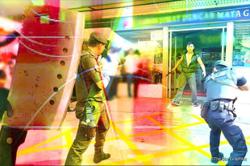 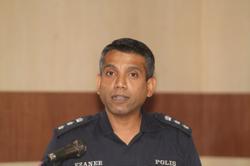