Cause for concern: A fisherman pointing out the place where the sand mining occurred to Environment Department officers. (Inset) Mohamad Saufi.

LUMUT: Teluk Senangin is a haven for shrimp fishing, but illegal sand mining has affected the livelihood of its fishermen.

They claimed that their nets were being damaged by debris left behind by the dredging vessels.

Mohamad Saufi Ahmad, 24, said two tugboats, a barge and three sand dredgers appeared about one nautical mile away from the beach two weeks ago.

Another fisherman, Radhi Hashim, 44, thought nothing of it until he saw sand on the vessels.

Speaking to reporters, the fishermen said they felt something amiss and decided to record a video of the vessels’ activities on Nov 3 before forwarding the evidence to the authorities.

When the vessels did not show up the next day, they decided to go fishing for shrimps but had their nets damaged by old logs.

The shrimp population had also dropped, they claimed.

Safie Mohamad Akhir, 38, said sand mining activities would stir up logs from beneath the seabed.

“My fishing net was destroyed today when it got entangled with a log,” he said, estimating his loss to be between RM200 and RM300.

Mohd Ridzuan Mohd Noor, 27, said he recorded a drop of 10kg in his catch.

“Prior to this, I could get up to 20kg of seafood daily but now I count myself lucky if I can get 10kg,” he said.

Mohamad Saufi said the miners must have known about his report to the authorities as they had not returned to the site.

He added that Teluk Senangin had an abundance of prawns, crab and fishes such as senangin and bawal.

“Therefore, the activities conducted by these miners are illegal,” he said.

He added that the Malaysian Maritime Enforcement Agency and Marine Department were investigating the matter. 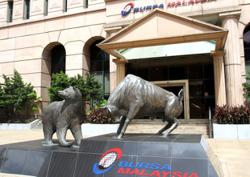 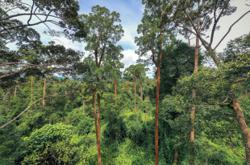