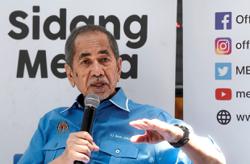 The Natural Resources and Environment Minister said all states in Malaysia should take a positive and strong stance in protecting the rivers and most importantly, preventing any contamination.

“State administrations should not allow any factory, plant or residential project to be build on river reserve land. The existing ones should be relocated.

“All rivers must be taken care of properly. It is the source of water that we consume everyday.

“I am not just talking about a particular state but this concerns all states in Malaysia,” he told a press conference after opening the MSU Environmental Sustainability Campaign 2016 at the Management and Science University here Monday.

With the management of land and rivers falls under each state’s prerogative according to the Federal Constitution, Dr Wan Junaidi said the ministry could only advise state administrations to seriously look into the relocation and take appropriate action.

“It is each state’s responsibility in resettling the affected factories and housing areas and they should take a positive stance on this issue.

“What is important is that we are on the same page. No political affiliation should exist in taking care of the very environment we live in,” he added.

The Department of Environment (DOE), he said, and its state offices would soon embark on a study to identify the number of factories built on river reserve land in each state, especially those along rivers that are intake source for raw water.

“Besides industrial, the DOE will also check on residences that are used as storage for materials that may release pollutants into the rivers.

“This is no easy task as there are thousands of households living along the Sungai Langat and we cannot simply go into a house without a warrant,” he added.

When asked about the contamination in Sungai Semantan, Dr Wan Junaidi said the ministry had so far identified two factories that operate along the river in Pahang that might have discharged effluent into the river.

“So far we have not ascertained the source of the contamination and investigation is still underway,” he said.

It is learnt that samples have been taken from a plastic processing plant and a natural rubber processing factory along the Sungai Semantan for lab analysis at the state Chemistry Department.

The Langat and Cheras water treatment plants were shut down at 8.30pm and 10pm respectively on Friday due to odour pollution suspected from Sungai Semantan in Pahang.

Both these plants receive raw water from the same river. 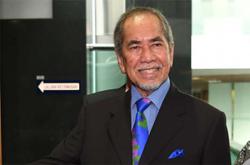