Women’s groups: It’s a step in the right direction

PETALING JAYA: It is the right step in the right direction. That is the view of non-governmental organisations about the Government’s plan to amend the Law Reform (Marriage and Divorce) Act to resolve problems linked to child custody conflicts between Muslim and non-Muslim parents.

The amendments would ensure divorce matters involving civil marriages must be settled in a civil court even if one of the spouses converts to Islam.

The National Council of Women’s Organisations (NCWO) commended the Prime Minister for his sincerity in finding a solution based on equality and justice for all.

“NCWO will continue to consult with government agencies to see this process through,” said NCWO honorary secretary-general Omna Sreeni-Ong in a statement yesterday.

The All Women Action Society information communications officer Evelynne Gomez said Awam welcomed the amendments which would ensure both partners would resolve their disputes in a civil court.

“We see this as a step in the right direction to address the challenges that have arisen in courts when trying to settle matters related to custody, alimony and matrimonial properties,” she said in a statement.

In the past, there have been cases in which the husband became a Muslim and then converted the children as well in order to gain sole custody of them.

In one case, the father also escaped paying alimony.

“This amendment would lessen the number of such cases,” she said.

Gomez said the amendments were a positive breakthrough and hoped that it would eventually be passed in Parliament and duly enforced.

The judiciary, both civil and syariah, as well as their respective enforcement personnel need to be made aware of such changes or it could result in justice not being carried out, she said.

“Those amendments should not regress from the Federal Court decision on S. Deepa, which already decided the issue of jurisdiction.

“We are looking beyond that, including that the amendments should uphold the constitutional rights of both parties and ensuring the best interests of the child,” she said.

(In February, the Federal Court declared that civil courts have the jurisdiction over custody and divorces in civil marriages. It made the ruling in the three-year custody battle between Muslim convert Izwan Abdullah and his Hindu ex-wife S. Deepa.) 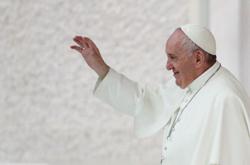