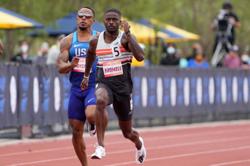 PETALING JAYA: Youth and Sports Minister Khairy Jamaluddin has praised Malaysia’s Olympics conti­ngent for its best ever performance at the Rio Games.

“As the Rio Olympics draws to a close, the Malaysian contingent goes home with five medals: four silver and one bronze.

“This is the best achievement by the Malaysian contingent in the history of our participation in the Olympic Games,” he said on his Facebook page yesterday.

Khairy said that although the Negaraku was not played at the Games, he was still proud of the athletes’ accomplishments.

“They have united the people and gave hope to all” he said.

Khairy knows Datuk Lee Chong Wei was saddened by the badminton final result, having to shoulder the burden of the nation’s hopes for more than 10 years.

“To Chong Wei, you are still the pride of the nation. You are still our hero, the people of Malaysia. Thank you for your struggles all these years. You have the respect of every Malaysian,” he said.

“Thank you for being the nation’s pride, by standing on the world stage as champions. You’re all the best and you have inspired generations of Malaysian athletes to come,” he said.

He praised all the athletes, coaches and officials for making it Malaysia’s best ever Olympic Games.

He added that years from now, he would look back at the Rio Olympics with tears in his eyes and pride in his soul “because you all made me believe that we can achieve greatness and a united nation”.

“To chef de mission Tan Sri Al-Amin Majid, thank you for your leadership,” he said, while also praising former youth and sports minister Datuk Seri Ahmad Shabery Cheek for starting the Road to Rio programme after the London Olympics in 2012.

Khairy added that the focus now must be the Tokyo 2020 Olympics.

“The 2020 Olympic planning has started with the launch of the Podium Programme in February. I will emphasise the development of athletes and sports science application through the Podium Pro­gramme and the Programme Kita Juara,” he said.

Khairy stressed that with good planning, Malaysia’s wait for a gold medal will end at Tokyo 2020.

He said the Road to Rio was specific to the types of sports in which Malaysia had a realistic chance of winning, such as badminton, di­­ving, track cycling and archery.

“Other organisations such as the Badminton Association Malaysia also played a part,” said Ahmad Shabery, who is now Agriculture and Agro-based Industry Minister.

“As a country that is limited in resources, the Road to Rio has proven to be cost effective. It has reduced wastage and focuses only on group of athletes in certain fields.

“In the future, these sports should be maintained while at the same time, we should also start looking for talent in other fields,” he added.

Time to look ahead as the tributes pour in

Malaysians all proud of our Olympians’ performance 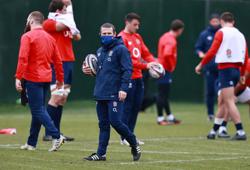