“We should also issue a severe warning at the point of entering the country about our strong stance," said Nayagam, who is Suriana Welfare Society for Children chairman.

"He (Richard Huckle) got away with it. He knew the relaxed atmosphere in this country," Nayagam said.

"We Asians fall head over heels with foreigners. He (Huckle) had people fall into his trap. But regardless of where people come from, we must have that check and balance," he added.

Huckle, 30, spent years raping and sexually assaulting children while he was in Malaysia supposed working as an English teacher and photographer since 2009.

He was caught with more than 20,000 images of horrific child sex abuse and confessed to sexual attacks on an estimated 200 children, some of them toddlers.

He was arrested at Gatwick Airport in December 2014.

Nayagam said that Section 292 of the Penal Code only deals with sale and distribution of obscene material.

While Section 233 of the Communications and Multimedia Act deals with the making, creating and transmitting of such material via the Internet.

“The Government should consider introducing specific provisions within the criminal laws of Malaysia to address the issue of child pornography," said Nayagam.

The general public must be made aware of the occurrence of child sexual abuse and report suspected offenders.

“I feel that institutions that deal with children, such as orphanages, schools, day care centres, and tuition centres should have a standard operating procedure to screen persons entering the premises," said Nayagam.

"Nobody should have access to the children unless they have clearance,” he said.

Nayagam said people like teachers, school bus drivers, childcare workers, coaches and reporters who come in contact with children should be vetted.

Nayagam said that he was part of a regional working group on paedophilia in the 1990's, where he studied how paedophiles operated in the Asean region.

"I assured myself that this would not happen in Malaysia. But sadly, it has happened. My horror has become a reality," said Nayagam. 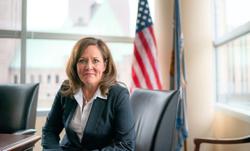