The drivers were protesting against ride-hailing apps Uber and GrabCar.

Police spoke to the head of the protest group at 11.30am, advising the crowd to disperse.

Among those who were detained by police was Malaysian Taxi Driver Transformation Association deputy president Kamarudin Mohd Hussain.

"We were there to protest against Uber and GrabCar," Kamarudin told The Star via mobile phone as he was taken by the police in front of Pavilion.

Kamarudin said he was not the organiser of the protest but was there to support the gathering.

He said three other drivers were also arrested.

A Land Public Transport Commission spokesman said they were aware of the issue and were going to come up with a statement soon. 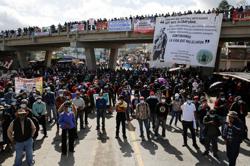 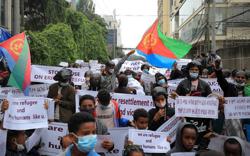