By YUEN MEIKENG and CHRISTINA CHIN

HAVING kind and considerate neighbours is a blessing.

For condominium and apartment residents, that blessing also extends to having neighbours who dutifully fork out their share of the maintenance fees required to upkeep the facilities that everyone shares.

The problem is, some neighbours are inconsiderate and don’t pay their share – and this is a common issue that has been around as long as there have been high-rises.

In Singapore, such irresponsible neighbours would be given short shrift because laws there provide for the seizure and public auction of units belonging to defaulters. While some have called for a similar law here in Malaysia, it is not provided for in the Strata Management Act 2013, which has been in force since June 2015.

However, the Act does provide much needed extra “bite” to local ­managing bodies to act against errant residents – and the Government is now taking it a step further even.

An enforcement team, under the Urban Wellbeing, Housing and Local Government Ministry, will be formed this year to make sure that all parties adhere to the provisions in the law.

The ministry’s urban service division undersecretary Mohammad Ridzwan Abidin says the team will engage with state governments and assist the Commissioner of Buildings in local authorities to execute the law.

“We want to start the ball rolling in enforcing the Act, which is still rather new.

“The team will consist of nine members, including officials from law enforcement agencies and legal experts,” he reveals in an exclusive interview with Sunday Star.

Mohammad Ridzwan says the team will look into the 34 offences listed in the new Act, including the failure of unit ­owners to pay maintenance fees and make the required contributions to the sinking fund (a fund used for capital expenditure).

“Residents who default on payment are one of the main sources of problems. I think if we can solve this matter, about 60% of issues faced by residents of stratified buildings can be settled,” he notes.

The flip side of the coin to this are the defaulters who are upset with their property’s joint management bodies or management corporations and refuse to pay out of frustration.

Mohammad Ridzwan says a common complaint by defaulters is that such managing bodies do not use the funds collected properly.

“However, residents who fail to pay the charges will be unable to attend the annual ­general meetings, denying them the power to elect the members of their management bodies,” he points out.

Whatever the reasons for not paying the fees, residents should be aware that, under the new Act, management bodies can resort to a host of penalties to impose on defaulters, such as imposing interest, publishing their names on notice boards, deactivating access cards or devices and barring offenders from using common facilities like parking lots. Also, failure to pay up is considered a criminal offence under the new Act, which can mean fines and jail time. (Further details in “It’s a crime not to pay”, page 21.)

Other offences the enforcement team will be checking on include failure of the developer to file a “schedule of parcel” to the Commissioner of Buildings before selling property units.

Calling the Act a “game changer” in managing stratified buildings, Mohammad Ridzwan says it comes at an opportune time, as more Malaysians are moving into high-rise residences.

“Currently, about 30% of the Malaysian population is living in stratified buildings.

“This percentage is expected to increase in future with more high-rise properties coming onto the market, coupled with the scarcity of land and expensive houses,” he says.

Because the Act has only been introduced recently, Mohammad Ridzwan acknowledges that not all management bodies and residents are properly aware of the new regulations.

“The ministry is planning to hold 30 seminars this year to educate residents of stratified buildings on the new provisions,” he says.

He says residents need to know more about the new law to avoid misunderstandings and conflict with management bodies.

“For example, some defaulters whose names were published on building notice boards complained to the Malaysian Communications and Multimedia Commission. They accused the management body of infringing on their privacy when in truth the management had acted in line with the new law,” Mohammad Ridzwan says.

He adds that another aspect of the problem is the mindset of residents, especially among those who move from landed homes to condominiums.

“There is a change in culture for such people, and they may not be used to paying the monthly fees,” he says.

Apart from looking into issues with residents, Mohammad Ridzwan notes that there is also a need to improve matters on the management side. For instance, only 11% of the total 15,000 strata schemes in the country submitted the required financial reports.

“The ministry aims to encourage a more civil society, especially with the urbanisation rate on an upward trend,” Mohammad Ridzwan says. 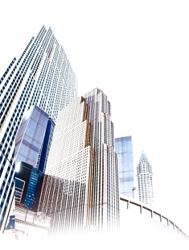