NGO: Sun Bear Run nothing to do with conservation efforts

KOTA KINABALU: Officials at Sabah’s only sun bear conservation centre are seeing red over the move to use the endangered animal as the theme for a profit run.

“We condemn any parties who use the name of endangered species and exploit them for their own benefit.

“Regretfully we learnt that this run is not a charity event where the profits will help the works to conserve sun bears in Sabah,” he said in a statement on Thursday.

Wong said the conservation centre had nothing to do with the run that was scheduled to be held here on Feb 28.

He said it was important for the public to be aware that the so-called Sun Bear Run was just theme of the sports event organised by the local company and an event management firm.

“We wish to advise the public to be clear about the nature of similar events so that they do not end up paying to take part thinking that they are helping wildlife,” he said.

The conservation centre located at Sepilok in east coast Sandakan was opened two years ago for the rehabilitation of rescued sun bears, apart from carrying out awareness, conservation and research activities.

BSBCC is the only facility of its kind in the world and is currently caring for 37 rescued bears. 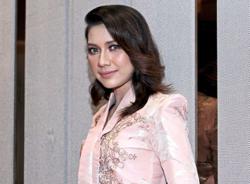 Demand for gadgets up due to WFH trend