Malaysia is green and growing

Scenic view: A boat cruising on Temengor Lake in Perak. In the background is the Belum-Temengor rainforest, one of the world’s oldest. The Global Forest Resources Assessment 2015 states that Malaysia is managing its forest resources well.

MORE than 190 countries met in Paris last month, on the occasion of the 2015 United Nations Climate Change Conference (COP 21), and reached a deal to address the issue of climate change.

As always, forests and emissions from deforestation received attention throughout the conference.

In this context, it is more important than ever to draw public attention to the Global Forest Resources Assessment (FRA) 2015 report from the UN Food and Agriculture Organisation (FAO).

The report is titled “How Are The World’s Forests Changing?”

The FRA, produced every five years to provide a consistent approach to describing the world’s forests and how they are changing (source: www.fao.org), is the most comprehensive examination of forests worldwide, taking data from hundreds of sources and using teams of researchers from around the globe.

Many NGOs have accused the palm oil industry of being a major cause of deforestation, particularly in Malaysia.

It has been one of the key pillars of the campaigns to discredit palm oil.

But the new data from the FRA changes this.

Malaysia, one of the major players in the palm oil industry, is doing pretty well in terms of managing its forest resources.

In other words, Malaysia’s forest area is increasing, not decreasing.

Even when looking at forest cover – which calculates at forest canopy cover and includes smaller blocks of trees – Malaysia’s numbers are impressive.

Global Forest Watch, an initiative of the World Resources Institute, says Malaysia’s forest cover is around 29,000,000ha, upward of 80%.

Malaysia’s numbers are all the more remarkable following the past 25 years (1990-2015), when the global forest area continued to decline gradually as the global population continued to grow.

The positive aspect is that, as noted by the FAO report, “the focus on sustainable forest management has never been so high: more lands are designated as permanent forest, we have established more action and monitoring, reporting, and planning and stakeholder involvement is greater every day, and there is an almost universal legal framework legislating on sustainable forest management.

Larger areas are designated for the conservation of biodiversity and simultaneously forests have an increasingly important role in offering products and services.”

From this point view, Malaysia sets a good example, its forest area decreased only slightly over the past 25 years.

The rate of its forest loss has effectively fallen to zero. The decrease in Malaysia’s forest area is smaller than the losses in developed countries such as Australia and Canada.

Malaysians should be proud because one of the main features highlighted by the report is that “the total forest area reported as primary has increased from 1990 to 2015, largely because more countries now report on this forest characteristic.

Some countries have reported increases in national primary forest because old-growth forest categories-have-been reclassified (among them, Costa Rica, Japan, Malaysia, Russia and the United States).”

Finally, while the world also focuses on conservation of biodiversity, considerable progress has been made in this regard, since the area designated for biodiversity conservation in Malaysia rose from 1,120,000ha in 1990, to 1,859,000 ha 2015.

There will be detractors in relation to the findings of this report. Some will claim that the use of “forest area” by the FAO is not as reliable as “forest cover”.

But there is a reason for this.

“Forest area” is a longer term measure of land area that is classified as forest over a longer term, while “forest cover” is a snapshot of one point in time.

“Forest cover” is subject to disturbances, man-made or otherwise. Think of forest fires, volcanoes, diseases or clearance for environmental purpose (such as fire breaks).

But it is also worth noting that a number of Organisation for Economic Co-operation and Development (OECD) countries such as Canada, Australia and Chile had larger forest area losses than Malaysia over the past 25 years.

After reading all these numbers, it is surprising that some continue to spread the rumour that Malaysia suffers the terrible effects of deforestation.

As an observer at the Roundtable on Sustainable Palm Oil (RSPO), I am obviously very interested in all of this data.

This is a sign that, contrary to what some seem to believe, Malaysians take care of their forests and are aware of this precious piece of national heritage.

The Malaysian people can be proud of this report, and should look to its findings to challenge the international media and those who intentionally spread misinformation about Malaysian palm oil.

Malaysia should therefore be lauded. Far from the environmental pariah that some have accused it of being, it is a country that has worked hard to manage its natural resources sustainably.

Obviously this does not mean Malaysia can allow its efforts to cease; environmental management is always a work in progress.

In summary, the key facts from the United Nations FAO report are:

> Malaysia remains one of the world’s best performers in retention of forest. Forest area currently stands at 67.6% of land area.

> Globally, the news for forests is also improving, biodiversity conservation areas are increasing, and the global rate of forest loss is declining.

Pierre Bois d’Enghien is a renowned agronomist and environmental expert, who has worked with many of Europe’s leading players in plantations and agricultural development.
Bois d’Enghien has a Master’s degree in Environmental Management, and currently works with Socfin, SIAT, and Feronia as well as other agricultural leaders. He also serves as an auditor to the Roundtable on Sustainable Palm Oil (RSPO). Bois d’Enghien is a well-publicised author and commentator in Europe on environmental matters, including for major newspapers. He travels widely in his role as an agronomist and consultant, including Africa and South-East Asia. 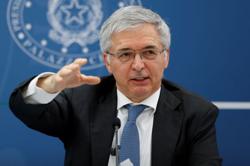 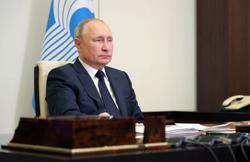