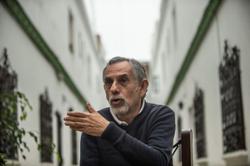 PUTRAJAYA: Malaysia has reiterated its commitment to retain 50% of its forest areas after signing an agreement with 195 countries at the Paris climate change talks (COP21).

“By preserving our forests, this will reduce greenhouse gas emissions through carbon sequestration.

“Among the existing initiatives that use this approach are the Central Forest Spine (CFS) project and the Heart of Borneo programme.

“Under CFS, we establish a corridor in Peninsular Malaysia that will combine several clusters of forests that require reforestation and declare them as permanent forests (hutan kekal).

“As for the Borneo corridor, we have received co-operation from Indonesia and Brunei.

Dr Wan Junaidi represented Malaysia in Paris over the weekend for the COP21 talks.

He also stated Malaysia’s commitment to reduce the greenhouse gas emission to 45% based on the Gross Domestic Product by 2030.

“Malaysia has declared this in its Intended Nationally Determined Contributions, which is presented to the United Nations Framework Convention on Climate Change.

“We must reduce the usage of hydrofluorocarbon gas and hydrochlorofluorocarbon as we are producers of electronic products such as air-conditioners, refrigerators and so on.

“We need to find an alternative so that the industry will not be affected,” he said.

After two weeks of negotiations for the COP21 deal, 195 countries agreed to try and limit the rise in global temperatures to less than 2°C. 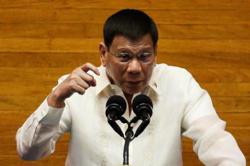