PETALING JAYA: Children who skip breakfast are 1.34 times more likely to be overweight or obese as well as suffer from other health issues, a study showed.

The two-year Nutrition Society of Malaysia (NSM) study involving 8,704 children from the ages of six to 17 showed that one out of four neglected to have their first meal of the day at least three times a week.

The study also indicated that among those who did take the time to eat breakfast, most preferred to eat fatty foods such as nasi lemak instead of nutritional meals like wholegrain cereals, adding to the rise of overweight and obese kids.

“Overweight and obese children are more likely to become obese adults and this will lead to a higher risk of acquiring diet-related chro­nic diseases in the future,” said NSM president Dr Tee E. Siong in his speech during the unveiling of the key findings of the study yesterday.

The MyBreakfast Study of School Children, started in 2013 by both NSM and Nestle, has researchers studying the eating habits of schoolchildren in Malaysia in an effort to improve their nutritional status.

The full findings of the study will be revealed in the coming months as it is still ongoing.

The research also showed that while there were overweight children in the country, many were also suffering from under-nutrition, with prevalence of thinness at 6.4% and stunting at 7.2%.

Dr Tee, also the study’s principal investigator, said this was a cause for worry as these children would be more susceptible to infections and would suffer from a poorer quality of health as they got older.

He urged both children and their parents to make it a point to always have three meals a day and to add more wholegrain foods into their diet.

“Being the first meal of the day, breakfast provides the energy and nutrients for a proper start to the day.

“Breakfast meals should be balanced and be of appropriate serving size. It’s important to emphasise quality over quantity, especially in combating malnutrition problems in children,” advised Dr Tee, who asked parents to play their part. 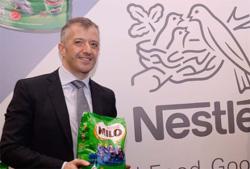 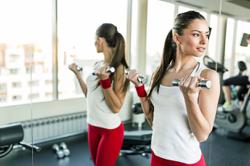