KUALA LUMPUR: Asean leaders have signed a document to launch the Asean Community in a simple, short and glittering ceremony here.

All 10 leaders took turn?s? to sign the Kuala Lumpur Declaration on the Establishment of the Asean Community on Sunday, which was first signed by Prime Minister Datuk Seri Najib Tun Razak as Asean Chair.

Najib in his speech said the Asean Community went beyond economy and was also about all citizens being Asean.

“It is recognising that something special binds us, and making our citizens feel that Asean courses through their veins,” he said.

“That is what will make our community a reality. That is what will reward the efforts and contributions of subsequent leaders and peoples of Asean, without whose help we would not have reached this historic milestone,” he said.

The signing of the landmark document was made memorable as it was witnessed by leaders of Asean dialogue partners from China, Japan, Australia and New Zealand. 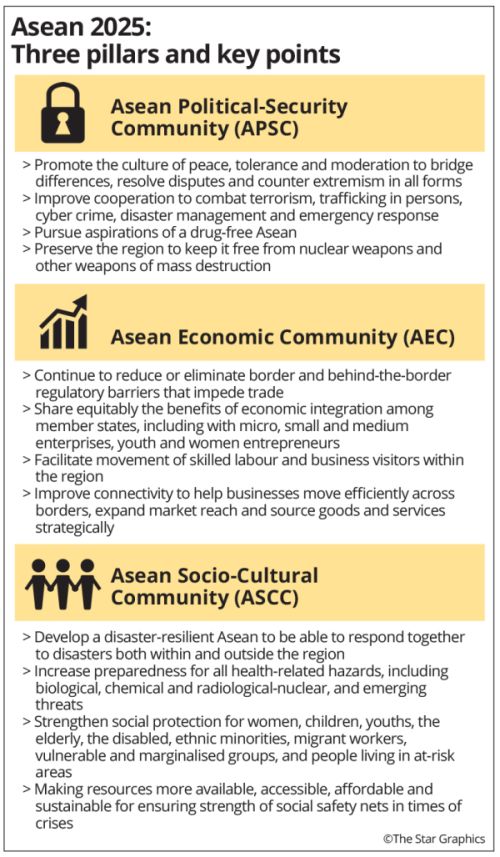