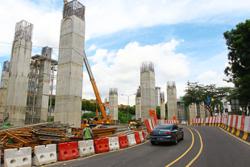 Steep hike: Motorists started paying the new toll charges that were raised by between 20sen and RM4.70 on various highways in Klang Valley, Penang and Johor Thursday.

PETALING JAYA: The toll hike has irked scores of highway users, with many saying they will adjust their routes to save a few ringgit where they can.

Production manager Sheril A. Bustaman, 24, said she used to pay RM2.60 when going to work and another RM2.60 on her return home.

“I’ll have to eat out less often and travel less. I won’t be able to simply go meet my friends across town now,” she said.

Sheril said that even if she kept her usage down to the minimum twice daily, that would mean she has to spend RM42 more on toll each month.

She said that with the economy what it is and her “starter pay cheque”, even little things like a toll hike make life tougher for young urbanites like herself.

“The hike is an incredibly unnecessary addition to our expenses,” she said, adding that toll-free routes are not an option for her because it would mean using more petrol.

“I can pretty much forget about owning a home or getting a better car” in the foreseeable future, she added. Slow escape: An aerial view of motorists in a bumper-to-bumper crawl on two slip roads to avoid the Sprint Expressway toll plaza near the Section 16 intersection in Petaling Jaya during the evening rush hour after the new toll rates came into effect. —GLENN GUAN/The Star

Lina Hussein, 40, a parent, is also irritated by the new rates because she now has to pay RM2.50, instead of RM2, four times a day.

“My husband and I use DUKE to take our daughter to school, tuition and piano classes,” she said.

The couple have tried avoiding the highway and using the toll-free Jalan Tun Razak instead, “but that road is one huge carpark most of time”, she said.

Adrian Gan, 21, a college student, said he was burdened by the higher toll rates.

“The increase for me is 100% as the daily return trip which used to cost RM2 max, now costs RM4. My monthly allowance is only RM850,” he said.

Any alternative route that was toll-free would likely be badly jammed, he said, “because I wouldn’t be the only one to think of doing that”.

Gan plans to cut down on his lunch expenses instead, possibly by living on instant noodles or plain bread, rather than eating out.

Other road users said they would try to avoid the jams on toll-free routes by starting their daily commutes earlier.

“My allowance is RM50 a week. With the increase, I would need to spend all of it on toll,” he said.

Toll rates along several major highways increased by between 20 sen and RM4.70 yesterday. 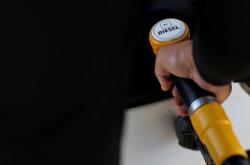