KUALA LUMPUR: The young represent the core of the #AnakAnakMalaysia campaign as they are the future of the country, according to the coordinator of the Group of 25 (G25).

Datuk Noor Farida Mohd Ariffin said the principle of unity in diversity must be inculcated in schoolchildren.

Evoking memories of the pre-Merdeka period, the former ambassador recalled the excitement then of hope in the country’s future. 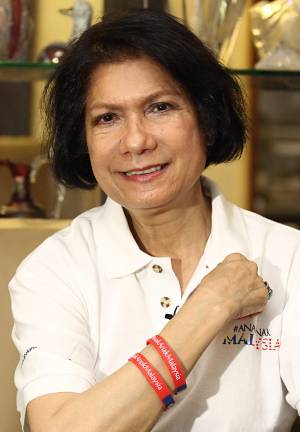 “I come from a generation where we are very much part of Anak Malaysia; one where race and religion did not matter, when Malaysians of all colour and creed mixed with each other without barriers,” she said in an interview.

(On Dec 8, 2014, The Star published G25’s open letter calling for a review of syariah and civil law in line with the supremacy of the Federal Constitution. Originally consisting of 25 prominent Malays, most of whom are former high-ranking civil servants, the group now has over 50 members).

Noor Farida was upset over the drop of the multiracial enrolment in national schools now.

“I think this campaign is very timely given that we have this polarisation of race and religion; it’s about time we try to bring back the good old days when we had a more united Malaysia. For us ordinary citizens, let’s look at each other as our friends, neighbours, brothers and sisters as part of the Malaysian family.

“This is what we as individuals can do to reach out to one another and extend the hand of friendship,’’ she said.

For her, the period of Merdeka is not just about celebrating.

She said it was a time to take stock and reflect on the country’s current political and economic climate, and future development.

“We’ve got to realise, we either sink or swim together; without peace and prosperity, our country cannot develop.

“Our founding fathers negotiated with our colonial masters to found a country with its motto of ‘Unity in Diversity’.

“If we feel upon reflection that we’ve fallen short of those aspirations, I think we need to work a lot harder to bring back unity in diversity and also to promote good race relations, racial harmony, and political stability in our beloved country,” she added.

EcoWorld and The Star have distributed the #AnakAnakMalaysia wristbands in batches in different parts of the country with copies of the newspaper. About 400,000 wristbands will be given away.

Besides wearing the wristbands, Malaysians who want to express their nationalism can do so via social media by hashtagging #AnakAnakMalaysia with their photos, which will be included in a collage in www.anakanakmalaysia.com.

Facebook users can spread the spirit of patriotism too by inserting a digital band of AnakAnakMalaysia on their Facebook profile pictures. The band can be obtained at the same website.

During the campaign, radio cruisers from RedFM, Suria FM and 988 FM will also distribute the wristbands and spread the Merdeka cheer during their stops.