Police on standby regardless of unfounded rumours spread via messages

KUALA LUMPUR: Stop believing rumours. There will be no chaos here this weekend, say the police.

Inspector-General of Police Tan Sri Khalid Abu Bakar rubbished rumours that had been circulating on probable chaos because a couple of rallies had been planned calling for the resignation of Prime Minister Datuk Seri Najib Tun Razak following the removal of Tan Sri Muhyiddin Yassin as his number two earlier this week.

Another rumour said that leave for police personnel has been frozen to enable the massive movement of policemen to the capital.

Khalid said there was “no such thing” yesterday but added, “we are ready for any situation”.

At PWTC, Malaysia which is chairman of Asean this year, will host the 48th Asean Ministerial Meeting starting today.

There will be a hive of activities with many meetings planned and tight security in place as senior officials and Asean foreign ministers start converging.

Since Muhyiddin’s sacking as deputy prime minister, a message has been going around telling people to take precautions in the capital because of the rallies planned for today and tomorrow. It also claimed that police personnel are being mobilised to the capital.

Kuala Lumpur police chief Comm Datuk Tajuddin Md Isa said police would not be setting up roadblocks in the city as the message that had gone viral was untrue.

“The message is false and has no shred of truth to it.

“We will not impose any extra security measures. So as far as the public is concerned, it is a weekend like any other weekend,” he said yesterday.

Comm Tajuddin, however, added that police personnel would be on standby in the city.

“We will be prepared but there is nothing suggesting that chaos is going to erupt.

“We have and always been prepared for any situation,” he said.

He also advised those planning to organise any protest or rally to adhere to the Peaceful Assembly Act 2012.

“The city is secure and safe.

“The message is the act of irresponsible parties who enjoy scaring people,” he said.

A source confirmed that officers from Special Branch and the Serious Crime Division would be on standby. 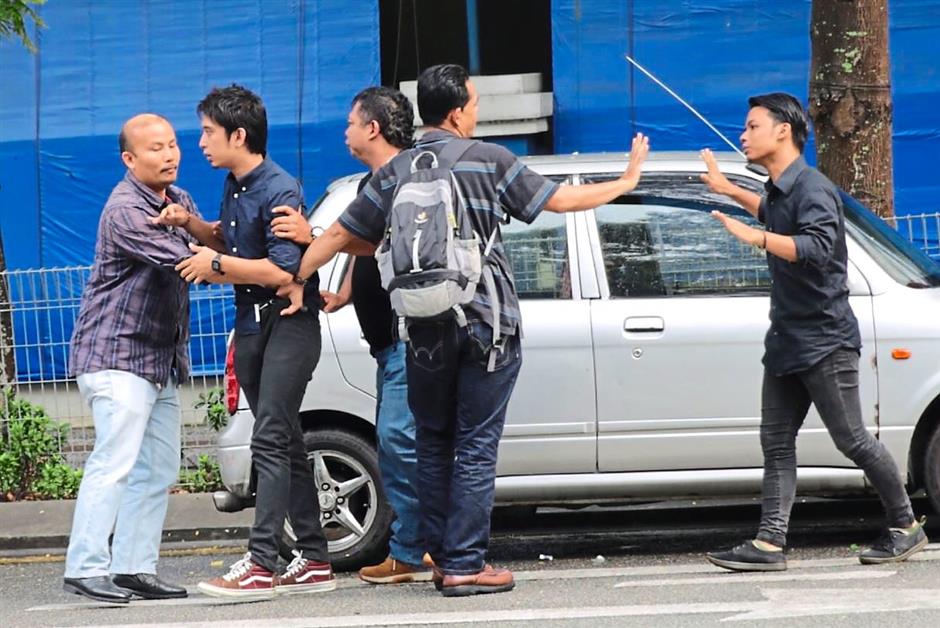 Two leaders of “Demi Malaysia” – which is organising today’s rally – were arrested for uttering alleged seditious remarks at a press conference in Bangsar last week when announcing the rally. They were taken to the Petaling police station in Jalan Klang Lama.

Adam Adli and Syukri Razab were detained as they were leaving the Dang Wangi police headquarters yesterday evening.

Earlier, they had sat down with police chief Asst Comm Zainol Samah and discussed their plans for the rally at the Sogo shopping centre at 2pm today.

Syukri, who is also Suaram coordinator, was the first to be arrested at 4pm as he was walking out of the station after the meeting ended. Adam was arrested minutes later.

“Demi Malaysia” has organised the rallies amid the unfolding of the 1Malaysia Development Berhad (1MDB) scandal.

Before his arrest, Adam told reporters that ACP Zainol said during their hour-long meeting that he had no problems with the rally as long as it adhered to regulations.

Bersih chairperson Maria Chin Abdullah told The Star it had nothing to do with the gathering this weekend.

“The gathering by ‘Demi Malaysia’ is independent from the Bersih 4.0 gathering planned for Aug 29 and 30,” she said, adding that the police should only be present to control traffic and keeping things orderly.