Valuable time and money lost when people are stuck in gridlocks

PETALING JAYA: Every year, Joshua Chong, 30, spends more than three weeks sitting behind a steering wheel in traffic jams to and from work.

Five days a week, he drives some 30km from his house in Shah Alam to Kuala Lumpur. If he’s lucky, it takes him an hour to reach his office. If he’s not, he sits an extra 30 minutes in his car each way every day.

“But the biggest cost is time,” says the lawyer.

Chong is among five million people who get stuck in the Klang Valley traffic every day.

And World Bank data now suggest they may have to spend a longer time on the road.

According to the World Bank’s 2015 Malaysia’s Economic Monitor report:

> Jams in Greater Kuala Lumpur may be getting bigger;

> Commuters wasted between 270 and 500 million man-hours in the Greater KL jams last year.

> Lost hours and fuel for each person in Greater KL came to at least RM3,100 each year, more than the monthly local average salary (RM2,795); and

“This is a tangible economic cost, in the sense that this is equivalent to money that could otherwise be in the pockets of the people of Kuala Lumpur,” says Luis C. Blancas, a senior transport specialist with the World Bank.

Transport costs here are also high, accounting for nearly 10% of all monthly household expenses. Much of this can be saved if people took public transport.

Engineer N Sastri, 46, who lives within a 10-minute drive of an LRT station in Petaling Jaya, does so.

A new job near the city centre six months ago meant he could get to work within an hour every day.

“You have more time to yourself. I listen to the news, music. I finished four books on the train,” he says.

Sastri says it would have been very difficult for him if the inner-city train lines had not been built.

The Klang Valley has eight working rail lines today while more than 2,000 buses and 51,000 taxis ply its streets.

However, only 21% of people here take public transport, compared to 62% in Singapore, according to the report.

A 2014 Land Public Transport Commission (SPAD) survey found a bus trip can take as long as 153 minutes, three times longer than by car.

But for university student Avinash Naidu, 21, the long travelling time has to be endured.

Though his campus is only 8km from home, a one-way trip can take 90 minutes, and two hours if it’s raining, says Avinash.

In a survey of 1,227 Malaysians, Frost & Sullivan found that 41% ranked traffic jams as their “Number One” frustration.

In five years, another 2.5 million people are expected to live in Greater KL, especially with future developments such as the Tun Razak Exchange and the Kampung Baru renewal project that are set to attract more people to the city.

A traffic expert who wishes to remain anonymous points out that developments in the Klang Valley are spreading out, some to Puchong and Cyberjaya, making commuting a big part of daily life in KL.

“But if you cannot unlock that congestion, you cannot have the growth,” he says.

As the Klang Valley today has better highway networks than 20 years ago, says House Buyers Association secretary-general Chang Kim Loong, house buyers are no longer looking at how far their home is from work, but rather how long it will take to reach it.

“Housing developers have recognised this trend. There’s a big push for new projects south of Klang Valley, namely in Kajang, Bangi, Semenyih,” he says, adding that some were doing projects as far as Seremban, promising KL-bound travel times of only 30 minutes.

Blancas says that one of KL’s biggest transport problems is that Government agencies do not have a common view on solving traffic – one says Greater KL will need several three-lane highways by 2020 but a different agency will plan no new high-capacity highway.

SPAD chairman Tan Sri Syed Hamid Albar concurs, conceding that some agencies are working in silos, despite some “serious efforts” to find a common ground.

He believes that transit travel times are decreasing.

“Things are getting faster (for riders), but we still have problems at the last-mile (destination),” he says.

The Government wants six new rail lines to be built across the city, with more than RM90bil to be spent.

This month, the country’s first bus rapid transit was opened in Sunway.

Ridesharing app Uber is growing increasingly popular and says that it is looking for 10,000 more partner drivers to ply Malaysia’s streets. 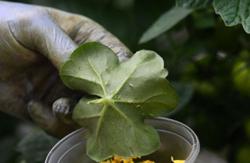