PETALING JAYA: Family members of two Malaysians kidnapped from a Sandakan restaurant are worried over the health of their loved ones who are being held hostage in southern Philippines.

It has been 51 days since Thien Nyuk Fun, 50, and Bernard Then Ted Fun, 39, were abducted by Abu Sayyaf-linked gunmen from the Ocean King seafood restaurant, just 3km from Sandakan, in mid-May.

Thien, who was the manager of the restaurant, and Then, a customer, are being held on a southern Philippine island under close guard.

The hostages do not have medication for their health problems.

Thien’s son Chung Chin Lung, 31, said he was worried because his mother has high blood pressure. Help them: Chan showing a photo of her husband Then and Chung holding a picture of his mother Thien. Both are still being held hostage in the Philippines.

Chan said their families could not meet the kidnappers’ demands for a huge ransom as they were ordinary citizens with limited resources. 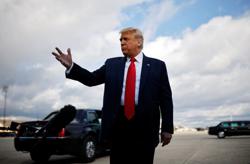