It's Sarawak laksa again for Bourdain 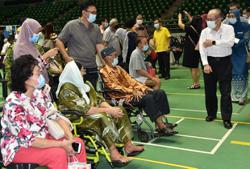 Bourdain having a bowl of laksa during the filming

KUCHING: Celebrity chef Anthony Bourdain is in town. He bought everyone breakfast, again at Choon Hui Kopitiam, on Friday.

Bourdain has taped shows in Sarawak twice, and on both occasions he has featured Choon Hui Kopitiam, which is rare. His first visit in 2005 was for Travel Channel's No Reservation.

On this visit, Bourdain, who will be here until June 3, is filming an episode of CNN's Parts Unknown.

Dressed casually in a black "The Warriors" t-shirt and jeans, Bourdain ate Sarawak laksa, filmed for about two hours and paid the bill for everyone.

"His people arrived first around 8am then he came at 9am. It was a typical busy morning. We knew he was coming but we didn't do anything special.

"Ten years ago, he also came for Laksa," said Myap Chin, one of the owners of the family business, which is synonymous with Sarawak laksa and Kuching.

"He also ordered a kopi-c-peng (iced milk coffee)," she said. "We know he is really famous because other people have been sending us photos of him eating Laksa," Chin laughed.

Bourdain, who has a social media following of millions, tweeted a photo of his breakfast, which received over 1,200 likes by lunch time.

His crew was also seen scouting for other locations. At IPH Roasted at Jalan Sekama, a newer establishment famous for its crispy pork, proprietor Ray Yap said the CNN crew was there twice in three days.

"On Wednesday, three or four of them came. They ordered about RM40 worth of dishes and ate. Then they asked when we might be closed, which I suppose is so they won't come when we are not open," Yap said.


"Just now, more of them came. We didn't know about it before hand. They came, ordered, tape for a while and left."

According to a tourism personnel, who declined to be named, Bourdain's emphasis would be on the Gawai Dayak celebrations.

In 2005, he filmed inside the longhouses, saying that sharing food and drinks with Borneo's tribes was a childhood dream of his. 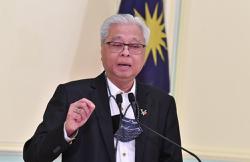 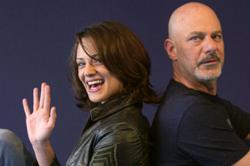