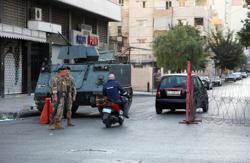 "MCA has remained consistent in opposing hudud law for offences unto non-Muslims and Muslims too.

"We are objecting against two separate application legal systems for the same criminal offences, and amongst others, how hudud law will severely disadvantage rape victims.

"However, MCA reiterates that our party is not and never against Islam," said Ti in a statement Wednesday.

The MCA Central Committee member was responding to recent criticism levelled at the party by DAP parliamentary leader Lim Kit Siang on the hudud issue.

"Let me remind Kit Siang that the respective presidents of MCA, Gerakan, SUPP and LDP had on 17 April 2014 issued a joint press statement objecting to PAS' proposal. Hence, his sputter that only subordinate officials 'make noises' is rubbish accusation as the numero uno of our party has already raised opposition to PAS' hudud plan," said Ti.

Ti added that Lim should be held responsible for misleading non-Muslims that PAS had abandoned hudud for a welfare state.

"He had, via DAP, lulled voters into trusting that PAS has abandoned their pursuit for a welfare state and Buku Jingga which is a farce. DAP National Organising Secretary Antony Loke had once said that there is nothing to fear on hudud if one does not break the law," said Ti. 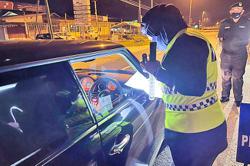