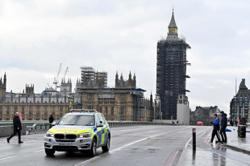 In a bid to curb human trafficking, the Home Affairs Ministry is engaging all stakeholders while stepping up enforcement on those who exploit foreign workers by withholding their travel documents. This is due to the fact that it is one of the indicators that could lead to labour exploitation or forced labour.

MALAYSIA is “going all out” to prevent human trafficking and one of the significant steps would include protecting foreign workers who come here to earn an honest living.

He announced that among the crucial measures to be implemented is the amendment of the Anti-Trafficking in Persons and Anti-Smuggling of Migrant Act 2007 in March next year.

The move would allow NGOs to set up shelters and be involved in the protection of trafficked victims which, currently, is the sole responsibility of the Government that comes under the purview of the Women, Community and Family Development Ministry.

He added that prevention, prosecution, enforcement and protection are four crucial steps in combating human trafficking. According to the United Nations Office on Drugs and Crime (UNODC), human trafficking is the second most lucrative criminal activity worldwide after illicit trafficking of drugs.

“In developed countries like the United States and the United Kingdom, NGOs are very involved in the protection of trafficked victims and the Government will come in to provide some financial support.

Meanwhile, to improve its effectiveness and efficiency, more ministries will be invited to be part of the Council for Anti-Trafficking in Persons and Anti-Smuggling of Migrants (MAPO), he shared.

MAPO currently comprises of six ministries and five agencies including representatives from local NGOs and SUHAKAM.

“For example, we need the International Trade and Industry Ministry and Plantation Industries and Commodities Ministry to be on board because of a recent study on forced labour in the Malaysian electronic sector by Verite Inc that was funded by the US Labor Department. The Study showed that forced labour was visible in the electronics industry here,” he said, explaining that one of the main indicators of forced labour is the withholding of workers’ passports.

He said it is shocking that even big electronic companies had resorted to keeping the passports of their foreign workers in addition to the domestic work sector.

This, he stressed, was an infringement of the Passport Act 1966.

It is because of such acts that the country is perceived as exploiting foreign workers, he added.

“We initially thought that it was only the individual employers who kept their maid’s travel documents but the survey showed that such action is also present in the electronic sector.

“Thus, MAPO has embarked on an awareness campaign to educate employers that this is a serious human rights infringement and we will come down hard on those who flout the law.”

Dr Ahmad Zahid stressed that withholding passports would not prevent workers from running away.

“If they run away, lodge a report with the police and Immigration Department and their visas will be cancelled. They will not be allowed into the country again,” he advised.

In line with the ministry’s plan to work closely with the private sector, Dr Ahmad Zahid said the AirAsia Foundation would work with MAPO to organise awareness campaigns for its personnel and cabin crew including on identification of possible victims of human trafficking.

“If they see something that is not right, they can inform our immigration officers who will take it from there.”

Stressing that human trafficking is not the sole responsibility of the ministry, he said: “The Home Affairs Ministry is merely the custodian of the Anti-Trafficking in Persons and Anti-Smuggling of Migrant Act 2007. The issue can only be dealt with effectively if everybody comes on board together.

“We are not interested in lip service. We are genuine about standing up for human rights. That’s why we are engaging people on every level and from every sector.”

Datuk Alwi, who is also the Senior Deputy Secretary General for Security, Home Affairs Ministry, said it is crucial for the Government to prove its commitment to the international community because Malaysia had agreed to adhere to the UN Conventions on Transnational Organized Crime.

“We are also in the United Nations Security Council and we will be helming the ASEAN Chairmanship next year so we must show a good example,” he said.

He pointed out that there are more foreign workers here today than in 2011 when the number exceeded two million.

More than half were here illegally then, he added.

“Most of our foreign labour are from Indonesia, Bangladesh, Myanmar, Nepal and India.

“Unfortunately, when they come into the country illegally, they are more likely to be exploited,” he said, matter-of-fact.

MAPO secretary Muhd Khair Razman Mohamed Annuar said the comprehensive measures announced by Dr Ahmad Zahid would auger well for the country’s bid to make it into the US Visa Waiver Programme (VWP) and raise Malaysia’s ranking, currently on Tier 3 of the US State Department’s Trafficking in Person list, to Tier 2.

The ministry started working towards the VWP in August and hopes to qualify within 18 months as announced by the Home Affairs Minister.

“We cannot look at foreign workers, human trafficking and migrant smuggling issues in isolation because it is all linked,” said Muhd Khair Razman, who is also the Undersecretary of International Division and Secretary to MAPO.

“These are problems that will impact Malaysia’s image if not handled well. Exploitation of workers hurt our integrity and credibility so we must show that this is a nation that treats people with dignity.

“If we can protect our foreign labour, it will not only improve investor confidence but also enhance our chances of qualifying for the VWP.”

To qualify for the VWP, Malaysia must issue e-passports in line with International Civil Aviation Organisation standards, assist in the deportation of Malaysians who overstay in the US, and waive the visa requirement for US citizens, he said, adding that these requirements were already complied with.

Malaysia now needs to implement the following other conditions, namely, reporting the loss of passports to Interpol within 24 hours, facilitating the exchange of terrorism intelligence and information on serious criminal offences, and ensuring that the rejection rate for US visa applications by Malaysians globally would not be more than 3% annually.

From January to September this year, the rejection rate for US visa applications by Malaysians stands at 4.58%, he added.

Once all the conditions for the VWP are met, the US Department of State and Department of Homeland Security will conduct final checks and evaluations before making recommendations on Malaysia’s position to join the programme.

“These are only ‘black and white’ conditions. The US authorities have also verbally stressed on the need for more serious action to combating human trafficking.” 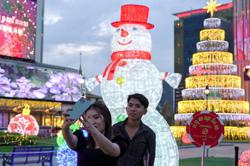