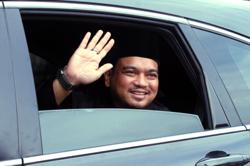 For 19-year-old Chen Kok Leong, mastery of the English Language should begin from a young age.

PETALING JAYA: It’s the way English is taught, the time allotted and the attitude of teachers themselves that are wrong, according to students in the Klang Valley.

They were responding to a statement by Education Minister Tan Sri Muhyiddin Yassin that there was “something not right” when students were still struggling with the English language when they enter university.

A 17-year-old student, who only wanted to be known as Harvin, said: “As much as I enjoy learning the English language, it is a bit hard to make any progress when the teacher spends half the lesson talking in her mother tongue.

“Teachers who do not take the subject seriously upset the students and are the problem (in learning the language),” he added.

Janice Chai Xin Hui said the number of lessons should be increased and the method of teaching improved.

She suggested the use of compu­ters “which will make students more interested”.

“We should be encouraged to sit for the Cambridge English Language Assessment, and teachers should help us prepare for it,” said the 15-year-old Form Three student.

Deevya Rajandran, 16, believes that most students see English as any other school subject that has to be studied. They do not understand the important role it can play later.

“The school syllabus focuses on writing skills only. There should be more class activities for students to speak the language,” the Form Four student added.

She said students now did not try very hard to learn English because it was not a compulsory subject to obtain their SPM, unlike Bahasa Melayu and History.

College students Sarvesh Seger, Tam Xueh Wei and Sukhdev Singh Malhi, all of them 18, noted the disparity in the standards of English among Malaysians and believed this was because of their different background.

Sarvesh said some students were raised in English-speaking households or attended international schools and hence had a much better command of the language than many others.

Tam said there was need first of all to ensure that teachers were very proficient in the language. Those who were not should undergo training.

She said there was not enough emphasis on oral English.

“English proficiency assessments rely largely on written English when so many can’t converse fluently in the language,” she said.

Sukhdev said the standard of English in Malaysia was in decline despite the country being ranked 12th out of 63 in the EF English Proficiency Index.

“The education system must play a huge role in checking the decline and improving our standard of English. Future policies of the ministry should take into account present limitations and lay down ways to overcome them,” he said.

Nineteen-year-old Chen Kok Leong said English should be taught from young, “which is why the mi­­nistry should make sure that kindergarten pupils are taught well”. 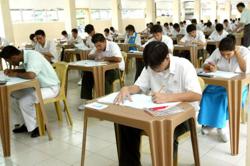