He admitted that he failed to change the mentality of the Malays in his 22 years as prime minister.

"I spend 22 years trying to change the Malays but I admit I failed. However, there are a few success stories," he said in his remarks after launching a book by Anas Zubedy on Thursday.

Dr Mahathir lamented at the laziness of the Malays saying "if anyone asks me today, I would have to say Malays are lazy."

He said the men would become Mat Rempit, referring to groups of youths road-racing on their motorcycles at night, when they failed. This is evident in the gender breakdown in public universities.

"During my school time, if we fail our examination we feel embarassed.

"Seventy percent of the students in our higher learning institution are female and only 30% are male.

"What happen to the male students? They are not stupid, perhaps they are lazy. If we no longer feel such embarassment, we might fail," he said in his speech.

He noted that he had put several initiatives to change the Malay mindset, including the Look East Policy in 1982, as he admired Japan's determination in rebuilding their country post-World War Two.

"We must learn from the Japan on how they rose from nothing to become one of the top economies in the world," he said.

"The Japanese feel ashamed if they fail. They take everything seriously," he said.

Anas' book "#Wahai Melayu" is an initiative to inspire and motivate young Malay entrepreneurs as well as to change the stereotype of Malay as "a lazy race".

Written both in Bahasa Malaysia and English, Anas echoed the view that "Allah will not change the fate of the Malays if we Malays do not want to change ourselves."

"The theme underpins the struggle of the community in ensuring the Malays continued existence in the modern day rat race in a globalised era," he said. 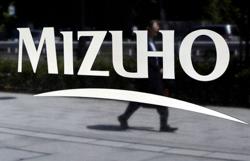