Five held for rioting in Sarawak

One of the police vehicles was burnt in the incident.

It began at 11pm on Saturday and was only brought under control at 2.30am.

Police had to fire 26 tear gas canisters and 10 smoke bombs to disperse the crowd.

The extent of the damage to the stadium has yet to be assessed. 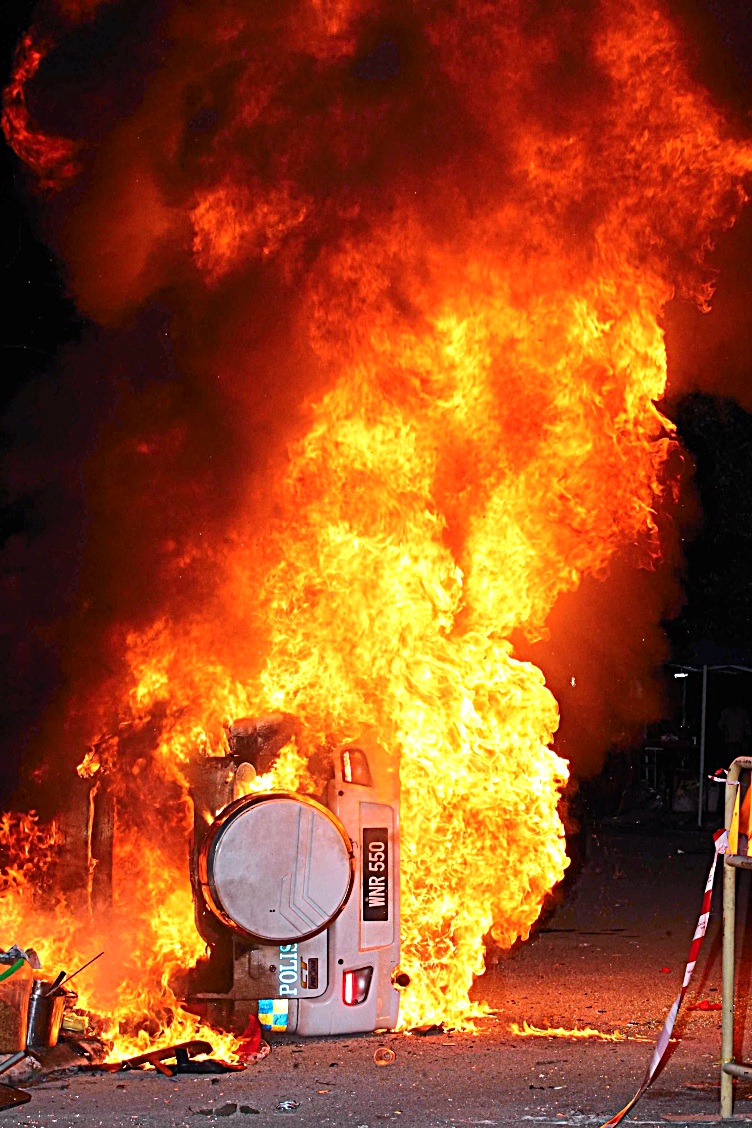 A worker said some fencing in the stands and two gates were damaged, while firecrackers thrown by the rioters left burn marks on the running track around the field.

The match finished 1-1, ending Sarawak’s chances of advancing in the Malaysia Cup.

It is unclear what triggered the riots on the eve of National Day.

Internet blogs claimed that Sarawak fans were agitated and vented their anger at the Perak fans.

They were also angry at the referee’s decisions during the game.

Other Sarawak football fans said the trouble began much earlier, even before the match started.

A spectator, who requested anonymity, believed tension between Sarawak and Perak fans had been running high since last week’s match in Ipoh.

“In the last 10 minutes, spectators were seen fighting each other at the stadium. When the final whistle came, flares were lit and more firecrackers thrown. It was like a war zone,” he added.

The Perak players were quickly rushed into the changing room escorted by security and police officers.

On social media, a number of fans expressed their outrage at the rioters.

“It was not the Sarawak team that disappointed tonight – it was us, Sarawakian fans,” tweeted Sarawak Bloggers president Cyril Dason. 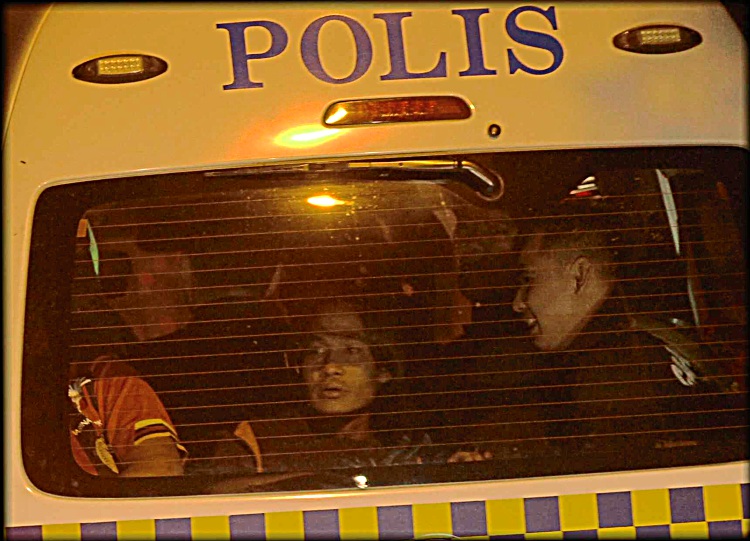 Nabbed: One of the suspects detained by police.

“You know what’s worse than losers? Sore losers. Don’t blame outsiders 4 calling us in Swk ‘hooligans’ with tis kind of attitude on display. What a low way to end the season.”

The Star’s photographer Zulazhar Sheblee, who was covering the match, said spectators threw bottles, firecrackers and parts of the fence onto the field when the final whistle was blown at 11pm.

Police took more than three hours to disperse the crowd.