PETALING JAYA: Malaysia's first-ever Playboy bunny Felixia Yeap has revealed that she had received her mother's blessing to convert to Islam.

"My mother, who did not know anything about Islam (except that Muslims are not allowed to consume pork) and was often criticised by her relatives for having a daughter who wore hijab, did not object to my decision to convert," she wrote in a blog posting on Thursday.

"Instead she gave me her blessing when I told her I was learning about the religion and was planning to convert."

In a Facebook status update last Friday, the Ipoh lass said she chose Thursday to embrace Islam and "be reborn" as it was also her birthday.

The 28-year-old model said her mother noticed that she was much more mature now and had "grown up".

Yeap said that many others who made the same decision were disowned by their families and that there were some who even hid their conversion so they would not be disowned.

"I admit that if my dad had not left the family, the same thing might have happened. But Allah knows best. Maybe this is one hikmah (silver lining) from their divorce," she said.

Yeap, whose modelling career took off after a stint at the Playboy Club Sands Macau two years ago, has been modelling Muslimah clothing such as the hijab for a while now.

She posed for Playboy Philippines, the third Malaysian to do so in the men's magazine that features photographs of nude women. She, however, did not appear in the nude.

The model stopped posing for racy pictures earlier this year.

She regularly posts photographs of herself in Muslimah clothing while endorsing them on her Facebook page. 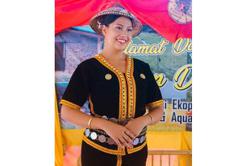 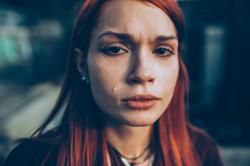