The pictures that appeared in a bi-weekly Malay tabloid featured two divers, a male and a female, allegedly French nationals, holding relics of tortoise-shaped gold-plated bars and other ornaments in an underground waterway leading to the cave.

Beside the two divers, the pictures showed a local man claiming to be a bomoh (medium) posing with some of the relics.

“I am perplexed how the foreigners could salvage the relics from the cave while the firm commissioned by the state government to locate and excavate the treasure site has yet to locate the trove,” he told The Star yesterday.

Idris said he saw the pictures in the tabloid and was surprised as the photographs were real based on the surroundings.

He said the pictures were very recent and it showed the entrance of the cave.

Idris said he had asked his aides to authenticate the photographs and meet the local man in the picture.

“We can find out details on how to enter the cavern via the underground waterway.

“These pictures don’t look to be doctored and we are very keen to unearth the claims by the local man that the treasures can be salvaged via the waterway,” he said.

However, Idris disallowed the reproduction of the pictures.

An official from the Chief Minis-ter’s office told The Star that Idris had ordered an investigation into how the foreigners trespassed into the prohibited island.

“The Chief Minister also demanded a report whether the salvage firm is telling us the truth on the treasure or is attempting to loot the relics with false updates.

“If the foreigners can show off the relics, why is the firm is taking so long to recover them?” he asked.

In a related development, the salvage company appointed by the state government to retrieve the treasures – Smart Partnership International (M) Sdn Bhd – has been given until Aug 1 to locate the relics.

Tourism, River and Island Deve-lopment Committee chairman Datuk Ghazale Muhamad said there would be no extension if the firm failed to find the treasure.

“We have to stop work on Aug 1 if there are no signs of the treasure. Let it just remain a myth,” he said.

The firm discovered only two relics inside the cavern on April 30, just hours before an earlier deadline was to expire.

The relics, in the form of medallions, were discovered as workers drilled through the wall of the cavern.

The treasure on the island had been rumoured for a long time and there have been many attempts by treasure hunters, some of whom even used dynamite to blow up boulders to get to the cavern.

According to villagers, the buried cave is either protected by a curse or by “spirits”.

A small group of people managed to get into the cave about 30 years ago but none of them could take out any of the relics.

They reportedly came out dazed after seeing, among other things, more than 80 chests of gold inside. 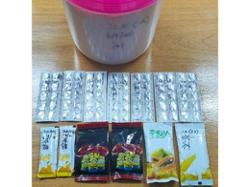 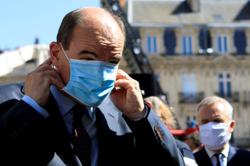