PETALING JAYA: Local artiste Jason Lo (pic) hits back at netizens accusing him of being anti-Muslim, after he suggested that religion be removed from the Malaysian identity card (IC).

Revealing that he was Muslim himself, he said he made the suggestion because religious identification on IC's were polarising Malaysians, referring to the Hindu wedding raided by religious authorities recently.

"It's time to #removeislamfromIC. Who agrees?" he tweeted on Sunday, prompting Twitter users to question his intentions.

"I wonder who is actually behind this very persistent anti-Muslim of yours? You are not personal, you just hate Muslims," Twitter user @irwanminhat said.

Lo hit back by saying: "Dear @irwanmihat Your statement is both racist and naive and shows your insecurity. Do you know why? I am a Muslim. Surprised?"

Asked why he would suggest such a notion, he said: "Because religion should be a choice. A Hindu wedding was raided because of this issue. It's polarising."

He also defended his suggestion by telling his followers that he did not need an authority to tell him how to run his relationship with God.

Lo's idea received its fair share of support, with some netizens agreeing that all forms of racial and religious tagging should be removed from identification documents.

"@jasonlo1 should take it beyond that and remove all racial and religion "tagging" from all forms," @JonKnowz said in reply.

"@jasonlo1 seems to be getting a lot of bashing from an honest suggestion for a more unified Malaysia. Shows how narrow-minded we are," said @issuesv, whose reply was retweeted by Lo.

Twitter user @thehafiznasir also voiced his support for the move, saying that it would not make anyone less of a Muslim.

"Ok. The fact that there is so much anger at this suggestion shows me that we are not ready to engage in intellectual dialogue."

Jais may take gate-crashers to task 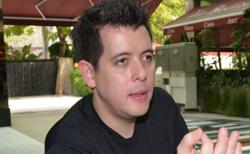 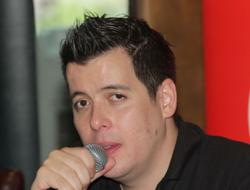