WOMEN all around the world often find themselves biting their tongues because of fear of offending, of humiliating or of being ostracised. How many times have you failed to find your voice to speak the truth?


Be inspired by the unspoken truths that will be revealed by Ikal Mayang.


This year, Ikal Mayang continues to raise the share of women’s voices though film-making to reveal ‘Unspoken Truths’. Come down to Pavilion Kuala Lumpur on the 8th to 9th March to experience the two-day festival held in conjunction with International Women's Day. 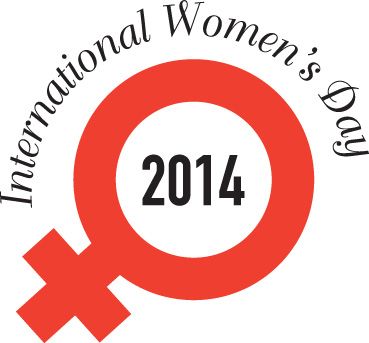 The theme for this year's Festival Ikal Mayang is "Unspoken Truths: Biar Pecah di Perut, Jangan Pecah di Mulut” and you can expect to hear incredible storytelling in various mediums, such as short films, one-on-one personal storytelling through 'Rent-A-Story', audio installations and also music through the first ever Mamak Unplugged.

"My main message is not to judge so quickly in the film. This is not only the case for women, but men as well. It's an important message to remember in the current climate," said director Siti Kamaluddin from Brunei in reflection of her short film Mentari. Thai director Niramon Ross based her film Steel in Love on a real person, as her main character Som is a motorcycle-taxi girl in real life and the film follows her story.

"She is a strong woman and she is almost like the leader in a group of men, so I wanted to tell a story about that," said Niramon.

“I think there is a great well of talent around, both women and girls. This is what it’s all about, supporting each other and being there for each other," said Shuhaimi, who based her film Forgotten on the banned mak yong dance.


At the same time, Ikal Mayang will be showcasing ten 2-minute films featuring original stories by local Malaysian personalities - many of whom are making their directorial debuts.


This year will also be a special one as Ikal Mayang will be giving the public a chance to sponsor girls between the ages of 18 to 23 from underprivileged communities or integrated housing programmes (Program Perumahan Rakyat) to partake in the screenings of the short films.


The aim of sponsoring a girl is to engage them to realise they have a voice. Members of the public can sponsor a girl at only RM100 per seat, where the girl will enjoy a cinematic experience of Ikal Mayang 2014 with the hope that it’ll empower young girls to share their own stories.


To show her support towards Ikal Mayang, another Malaysian singer-songwriter sensation Yuna has composed an original theme song for the festival titled Sayang.


This year's Festival Ikal Mayang will be officiated by the Women, Family and Community Development Ministry secretary-general Datuk Seri Dr Noorul Ainur Mohd Nur on March 8, at 10am at the entrance of Pavilion KL.