The Cessna 172 plane crashed deep in the jungle near Empangan Batu, Ulu Yam on Friday evening.

He said two of the survivors, who were found early Saturday, were badly injured.

The first victim was found at about 3.45am with the help of Kampung Sungai Tua Baru villagers, who reportedly heard an explosion at the time the Cessna plane went off the radar.

The survivors being wheeled into an ambulance. Starpix by L.SUGANYA

It is believed that the pilot lost control of the plane when trying to avoid an eagle in mid-air and crashed into a bamboo grove.

Two ambulances carrying the victims were seen leaving the Batu Dam at 7.56am.

The victims were sent to Selayang Hospital for treatment.

Relatives of the survivors were seen arriving at Batu Dam.

The three, who were Royal Selangor Flying Club members, were flying a Cessna 172 plane. 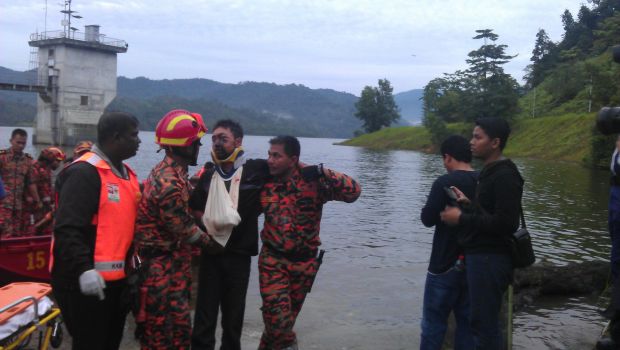 Fire and Rescue team assisting the one of the survivors. Starpix by L.SUGANYA

The plane is believed to have taken off from the Royal Malaysian Air Force (RMAF) base in Subang on a training flight at around 4.50pm.

It lost communication with the control tower at around 5pm. Its last known coordinates are 031701 N and 10141 E.

ACP Abdul Rahim Abdullah said the plane's pilot, who identified himself as Captain Saiful, managed to get in touch with authorities on his mobile phone.

He said Saiful told officials he was in a hill area opposite Empangan Batu, and that he had lost his two passengers before the connection was cut off.

No information about his condition was communicated.

ACP Abdul Rahim said a search and rescue operation was launched but was called off at 7pm Friday and resumed at first light Saturday morning.

"The area in which they crashed has not been pin pointed and it is too dark now to start a search,” he said.

Survivor will continue his dream of being a pilot, says father
Families of the three survivors relieved
Rescue team heard victim’s cry for help 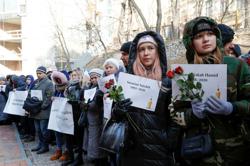 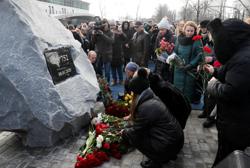 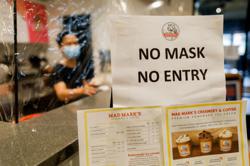 Covid-19 cases in Philippines soar past 57,000; Govt to buy US military transport planes