PETALING JAYA: Despite being born as a child of one of the most-renowned political figures in the country, Datuk Mukhriz Mahathir rise in Umno is based on his own merit, and not because of his father's influence.

"He can't run away from the fact that he is the son of (former Prime Minister) Tun Mahathir Mohamad and he gained people's respect because of that - but they are two different personalities," Umno expert Datuk Prof Dr Ramlah Adam told The Star Online.

Ramlah, who is also a political analyst from Universiti Teknologi Mara, said Mukhriz, 49, will make a great impact in Umno if he is elected as one of its vice presidents in the upcoming party election on Oct 19.

"Although he is still considered young in politics, he already has the authority in (policy decision-making at state level) and people perceive him as educated and professional.

"These are the traits that Umno should highly seek for, as it can open up the floodgates of young politicians to become the next in line in Umno before the next general election," she said.

The youngest among the pack, he also will be up against incumbent Umno vice-presidents, Datuk Seri Zahid Hamidi, Datuk Seri Shafie Apdal and Datuk Seri Hishammuddin Hussein.

The trio has also formed a pact to work together to defend their positions at the polls.

When asked whether Mukhriz was aligned to Ali and Isa to unseat the incumbents, another political analyst Datuk Prof Zainal Kling said the situation was unlikely.

"The new faces are fighting individually to displace any of the incumbents, that is all," said Zainal, who is also a political analyst from Universiti Pendidikan Sultan Idris.

All three incumbents, he said, are working hard to gain momentum on the ground and he said it is still not clear who would fall as each has a fair chance winning.

"However, the weakest link would probably be Shafie, because he does not really stand out compared to the rest.

"But you never know, he might make it through because there are delegates who want a representative from East Malaysia," said Zainal.

He also said although Mukhriz had the advantage of being the son of a former premier, he has yet to prove his capabilities in both Kedah and Umno. 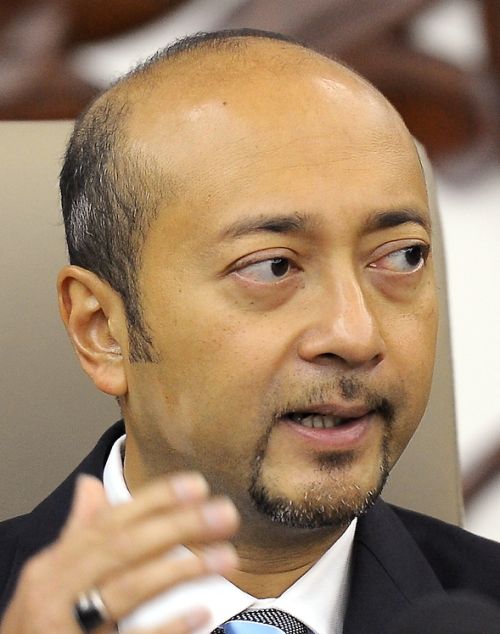 "Being a son to Mahathir could be a winning factor, and he could win some votes from delegates from his age range.

"I still don't foresee any changes at the top leadership. I think Hishammuddin, Shafie and Zahid will remain as vice-presidents," he said.

Ramlah, however, had a different take, despite arguments suggesting that Mukhriz was not politically mature to make it through.

"Mukhriz has every advantage to win because now he is a leader from Kedah, a state which holds strongly to the principles of Islam and he has the backing from the people," she said.

She also compared Mukhriz's political influence compared to Isa and Ali, whom she said no longer have the authority in policy decision-making at the state or the federal level.

"Although Ali is the chairman of Malacca Economic Consultative Council and Isa is a Felda chairman, they are not policy makers, unlike Mukhriz," she said.

"I think it is time we give opportunity for young blood to rise up rather than maintain the old faces," she added.