Weapons in a vacant house

ALOR SETAR: An arsenal of high-powered weapons, usually used by the military, was found in a vacant house here.

The police had received a tip-off about the weapons, which were kept at the house in Jalan Naka-Nami, some 45km from here.

The semi-wooden house is located about 20km from the Durian Burung Customs, Immigration and Quaran-tine complex at the Malaysia-Thai border. 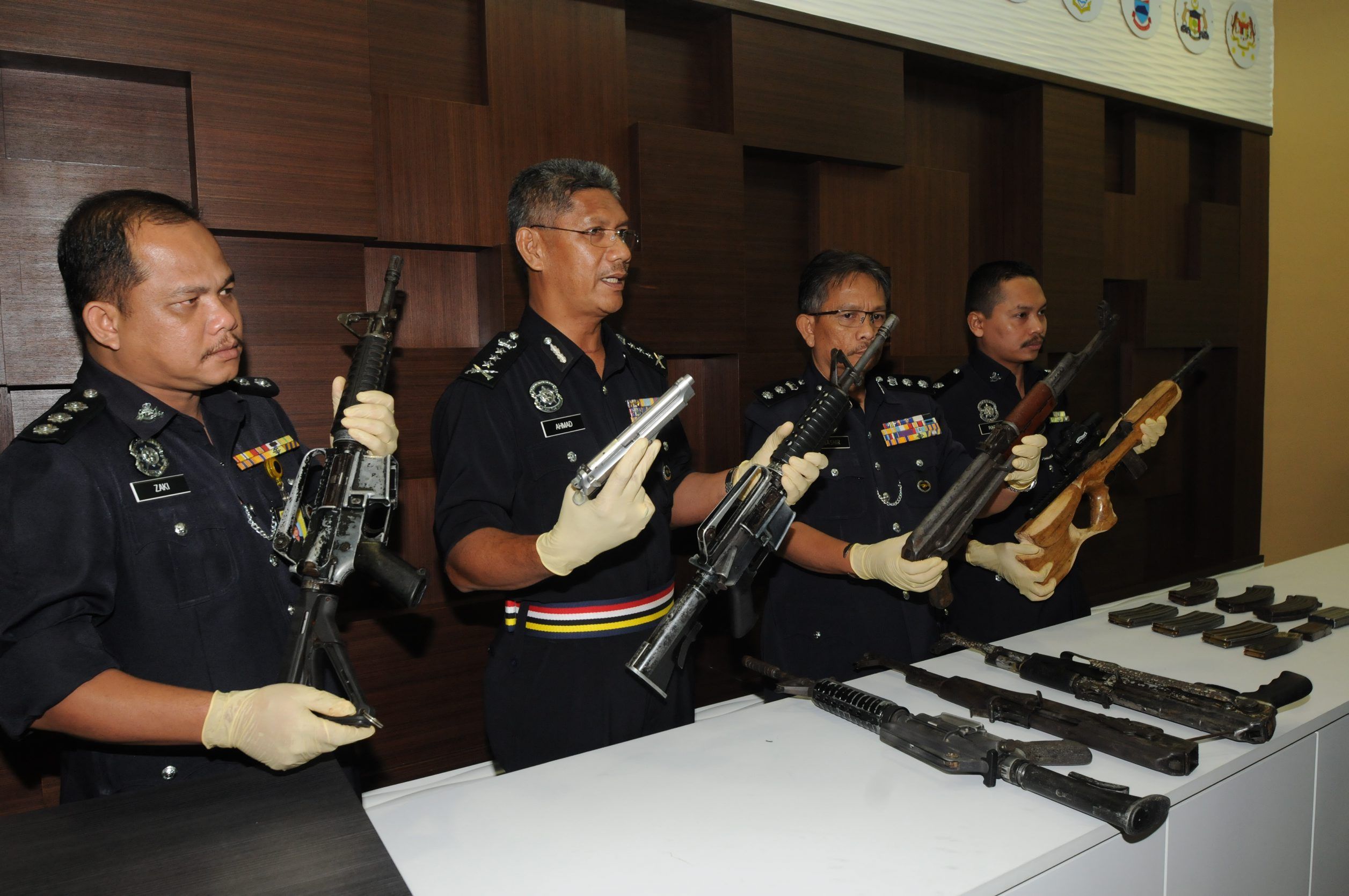 SDC Ahmad said police arrested two men, one aged 50 at the house and another 53-year-old man in Kuala Kedah.

He added that police were investigating if both men were involved with triads.

SDC Ahmad said the firearms were believed to have been smuggled into the country.

On another matter, he said police arrested four men and a Vietnamese woman and seized nine fake MyKads, more than 600 fake credit cards and nine fake passports of various countries.

He said the fake credit cards included 140 blank cards and the cards of various international banks.

SDC Ahmad said they also seized equipment to make the fake documents during a raid at a house in Taman Gemilang, Sungai Lalang in Sungai Petani at about 10.30am on Wednesday.

“The cards are believed to have been used in Italy, Vietnam, China and India to buy goods. The items would be brought back to Malaysia to be sold for cash,” he said, adding that the suspects were aged between 24 and 37.