Woman abandons her baby girl with a note

“PLEASE forgive me for leaving the baby in front of your house. I have no money to buy milk powder. I hope you can help,” says the note written by a mother.

China Press reported that a man in Taman Perling, Johor Baru, found the baby in a basket on July 30 after someone knocked on his front door at 5.30pm.

The man and his neighbours tried to find the mother, but failed. He then alerted the police, who handed over the baby to the Welfare Department.

The paper quoted Johor Baru social welfare officer Manayi Ibrahim as saying that the note put the baby girl’s birth as on July 23, and was given the name “Melissa”.

“The mother also wrote that she was facing financial difficulties and could not afford to provide for her daughter,” Manayi said.

“She also asked for forgiveness for her irresponsible act,” she said, adding that the department was working to trace the baby’s parents.

> Kwong Wah Yit Poh reported that a man threatened to jump from his 16th floor apartment with RMB60,000 (RM30,000) cash after having a fight with his wife in Jiangsu, China.

Police, who were alerted of the suicide attempt, managed to pull him back to safety just as he was about to leap from the balcony.

> The daily also reported that the Wenzhou and Cantonese dialects were said to be the most difficult to learn and understand in China. 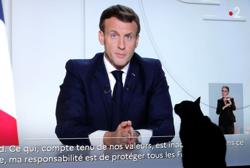