Racial differences should not be used to incite hatred, say the people

JOHOR BARU: Sarawakians here speak of their experience which shows that people of different cultures can live in unity.

For housewife Dati Mariang, bonding over the kuali has been one way of fostering lasting friendships with Indian, Chinese and Malay neighbours.

Mariang, who moved to Johor from Julau in Sarawak more than 20 years ago, said of the multi-racial harmony: “I really hope that things stay this way.”

The 47-year-old housewife added that political and racial differences should not be used to incite hatred within the community.

Another Sarawakian, Sai Malaka, also 47, from Kampit said that politicians and political activists from both sides should not make racial statements.

Malaka, who owns a restaurant, said: “We are all Malaysians and have been living in harmony for so long.”

He said that there were 25,000 Sarawakians in Johor. 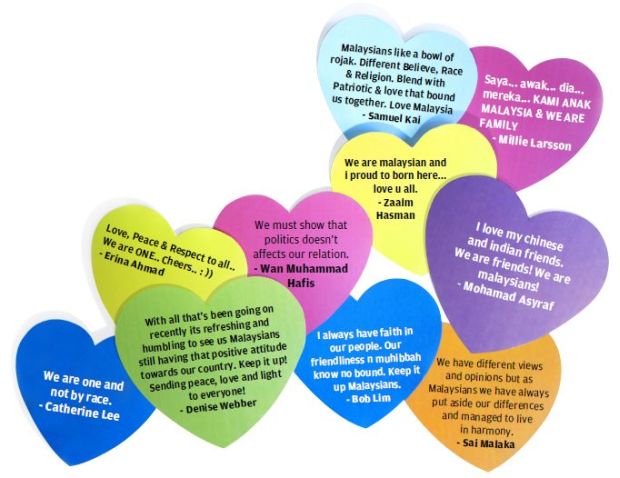 They started migrating to the state in the early 1990s and have since been accepted by the local people.

Sarawakian community representative Mathiew Usun, 39, said the community was against all comments with racial undertones.

Usun, who is the managing partner of a marine engineering company in Pasir Gudang, said: “Those seeking to divide our community should think. We love our peaceful Malaysian way and that is all that we want.”

Civil servant Andy Leo, 26, said Malaysians should know better than to make sensitive statements which could cause hatred among people.

“I am from the Murut ethnic group and I have relatives of other races but we respect each other. Prejudice among people of different races and religions should stop,” he added.

“Grow up racists, open up your minds and look at the big picture. If you want to be racist, you should look for another country to live in,” added the KL-based sales executive.

In George Town, many of the younger generation said they wanted all forms of racism to be discarded.

SEGi College student Mia Shaifuddin, 23, said the first step towards unity was for us to stop identifying ourselves by race.

“When people ask ‘Are you Malay, or Chinese, or Indian?’ we should answer ‘I am a Malaysian’,” she said.

Her college mate Sunjaypal Singh, 20, said unity among races should not be compromised just because of political differences.

“We must still be united to show Malaysian maturity,” he said.

Another student, Jordan Yeap, 20, said that all iss­ues regar­ding race should be put aside.

He also said all races should be treated equ­ally.

His friend, S. Sha­mini, 18, said the young generation of all races mixed well with one another.

“I have many friends of other races and we get along very well. This is the spirit of 1Malaysia,” she said.

Student Nur Izzati Ibrahim, 20, said having friends from various races was one of the best things about being Malaysian.