KUALA LUMPUR: It had the feel of a real by-election campaign. Posters bearing the candidates’ names and faces fluttered proudly in the air while manifestos were distributed during the campaign period.

Fighting in a mock by-election organised by Undi Malaysia, a new voter education campaign, candidates Azmyl Yunor of Parti All Night Long and Syahredzan Johan of Lets Go Parti verbally slugged it out on key issues such as health, food, housing and freedom of speech.

Much to the amusement of “voters”, Azmyl even offered to distribute free condoms in his health safety pledge.

After a tense vote count, Azmyl emerged triumphant with 58 votes as the crowd rallied behind his populist approach.

Undi Malaysia campaigner Zain HD said the mock by-election was a one-day exercise to open people’s eyes on the importance of voting wisely.

“It’s a humorous way of showing them how to understand bread-and-butter issues that affect all Malaysians,” he said, stressing that smart voting was the key to good and intelligent governance.

He was disappointed that the results showed voters had not been able to see past the person and on the issues championed.

“Azmyl was very populist. It was an interesting observation that the populist approach works. When people are angry - they are blinded to real issues,” he said.

He said the rakyat needed to understand exactly what they were voting for and why.

To tackle this, Undi Malaysia was initiated by Pusat Rakyat Loyar Burok (a community centre opened by the founders of the Loyar Burok blog site) to activate and empower the rakyat on their voting power. 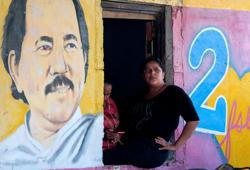