COMMUNICATING in English is not the biggest concern for Universiti Teknologi Mara third year Law student Karl Rafiq Nadzarin when applying for a job or going for an interview.

“I am more worried about having the special edge over other interviewees,” says Karl.

Woon King Chai, a former student leader at Universiti Kebangsaan Malaysia (UKM), also has no problem with English. His biggest concern when applying for a job is his level of readiness to work, he says.

“I worry about whether I'm well equipped with the knowledge to take on work responsibilities. To me, passing the communication test' (in job applications and during interviews) is just the first step in securing a job. More important is the ability to walk the talk' and actually perform in one's job.”

“While it is important to have a well-rounded set of skills, English proficiency is perhaps one of the most important criteria if you want to venture into the global market. If you do not have a good enough command of English, I think you have almost zero chance of succeeding in the global market. Increasingly, even local companies are demanding English proficiency too,” he argues.

He has seen many job applicants who sent in beautifully written application letters and resumes but when they attended interviews, their communication skills proved wanting, he elaborates.

“I start thinking that maybe they paid someone to write the application for them!”

The problem is the general communication skills, he adds.

Thus, he is advising graduates to brush up on their “professional” communication skills.

“If you can only speak in Malay, then make sure you can write professional Malay too.”

According to Barisan Nasional Youth chief Khairy Jamaluddin, employers who participated in the recent BN Youth Job Fair 2011 have found that the standard of English among the young is getting better.

Throngs of hopeful job seekers had the opportunity to attend “on-the-spot” job interviews at the fair, which saw some 650 companies and organisations offering more than 40,000 vacancies.

While agreeing that the standard is acceptable, one exhibitor who declines to be named nevertheless feels that it could be improved.

“As you can see, there are more who are communicating in Bahasa Malaysia. Many answered in BM even when I talked to them in English,” he says.

Khairy opines that we need to go back to school to boost the standard of English in the country, and subsequently the competitiveness of young Malaysians.

“The problem needs to be tackled at source. The teaching of English in schools needs to be improved. At the same time, universities need to offer free English classes to their students,” says Khairy.

For Karl, having a dynamic setting on campus that encourages critical thinking and a university management that is open to discussing current issues intellectually will do wonders in improving students' marketability.

This will naturally instill leadership qualities as well as expand students' minds, making them more attractive to future employers, he says.

Karl believes that while English is one of the most basic things for employability, students also need to be creative, inventive and bold to succeed in the job market.

Fortunately, although this (conducive environment) is lacking in most universities, students can still achieve it outside university, he points out. “It just depends on how much you want it.”

Woon agrees, saying: “I've always believed that a student's university life should not be judged solely by the degree obtained at the end of their studies, but rather by the various experiences or knowledge they pick up through co-curricular activities on and off campus.”

Ultimately, he adds, it is the student's responsibility to prepare for the competition in the global market.

Related Stories: Minding our language Top jobs only for those who know the language well 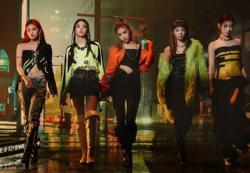 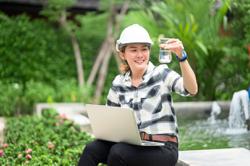