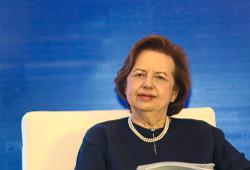 Zeti, 63, is the first woman ever named as the recipient of the "Tokoh Ma'al Hijrah" award in the celebration's history of 24 years.

She received a cash prize of RM100,000, a medal, plaque and a certificate.

Speaking to reporters after receiving the award, she said she had never imagined receiving such an honour.

"I am very grateful and this will be an encouragement and inspiration for me to continue to work hard," said the holder of a doctorate degree in Finance and International Economics from the University of Pennsylvania, in the United States.

Apart from numerous awards she received in Malaysia, Zeti had also received international recognition when she was selected as a member of the United Nations Commission of Experts to suggest the direction of world monetary and financial system.

Under Zeti's leadership, the Islamic financial system had been prominently visible in Malaysia and contributed to a competitive, diverse, comprehensive and inclusive financial system.

In a decade, Zeti had also made Malaysia the world's largest sukuk market, increased Islamic banking assets by three-fold to 21 per cent, and enabled over 100 domestic and international Islamic financial institutions operating in Malaysia.

Sharing her success, Zeti said she spent most of her time reading, especially about financial, economic, leadership development and self-improvement.

She said that it was important to instill curiosity in one's quest for knowledge.

She also said that gender issue had never arisen throughout her career, adding that she believed that there were also many more women capable of achieving the same level of success.

Meanwhile, her father Ungku Abdul Aziz, 88, was proud of his only child's achievement as the first woman to receive the award.

When asked about how he taught Zeti, he said his daughter had always been given the freedom to choose whatever she wanted to pursue.

"I always gave her freedom. She could choose the subjects she wanted and where she wanted to do her PhD. I discussed it without forcing or influencing her and ultimately she made the final decision," he said.

Minister in the Prime Minister's Department Datuk Seri Jamil Khir Baharom said Zeti deserved the award based on her contributions in the development of the financial system and national economy, including the Islamic financial system.

This was especially evident in times of economic recession, he said, saying that apart from national leaders, Zeti was among those who provided ideas and contributed towards the recovery of the national economy.

"The country is not only proud of her contributions, but is also happy to give her this award in hopes that our women share the joy of this recognition for Zeti," he added. 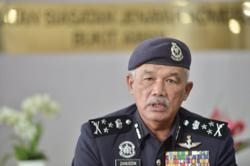