GEORGE TOWN: DAP chairman Karpal Singh has renewed his call for the Government to consider enacting anti-hopping legislation or a code of ethics for politicians to ensure that elected representatives vacate their seats after quitting the party.

This follows the sudden move by Malim Nawar assemblyman Keshwinder Singh to quit the party in Perak and become a Barisan Nasional-friendly independent assemblyman.

Karpal said the trend now was for a politician to quit the party but choose to remain as an elected representative.

“Ethically, they should also quit the post as they were voted on a political affiliation of either Barisan Nasional or Pakatan Rakyat.

“Keshwinder Singh must now do the honourable thing and vacate his assemblyman’s post,” he said.

He said that as DAP chairman, he pledged that the party would give its full support to the Barisan-dominated Parliament to pass legislation to prevent party hopping.

DAP Youth head Anthony Loke said Keshwinder must have valid reasons for quitting and also vacate his seat, regardless of his squabbles with the party.

“He is not a national leader so I doubt he has issues with the DAP central leadership. It is a localised issue in Perak but we cannot stop anyone from quitting the party,” he said.

Speculation has been rife that at least four Umno assemblymen in the state will be quitting the party.

This could swing the state government back to Pakatan, which was ousted in 2009 when three assemblymen left the coalition to become Barisan-friendly independents. 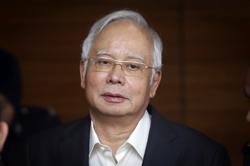 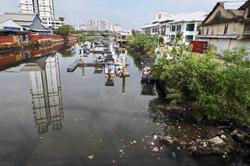