KUALA LUMPUR: The demolition of a Hindu temple in Ampang, which has caused a furore, was no demolition at all.

Instead, it was but part of the temple committee’s renovation work on the shrine, claimed Ampang MP Zuraida Kamaruddin.

Zuraida said the public condemnation of the demolition and accusations hurled at the local council and state government were unfounded.

“The truth is: the temple was demolished by its own committee to make way for renovation and a facelift. They did this on their own accord and did not consult nor seek approval from the state government.

She said Samy Vellu’s condemnation was an attempt by the MIC to stir unrest in the Indian community and to defame the Pakatan Rakyat.

“The temple was demolished twice before by the previous state government, once in 2002 and again in 2003, and MIC did not say anything then,” she added.

According to her, the Ampang Jaya Municipal Council (MPAJ) was currently investigating the issue and was still waiting for the local council’s report.

In KLANG, Selangor’s health, estate workers and caring government committee chairman Dr Xavier A. Jayakumar said he has ordered a thorough investigation into the tearing down of the Sri Mahakaliamman shrine that went against the state government’s directive not to destroy places of worship.

He said five to six MPAJ enforcement officers who were involved in tearing down the shrine would be quizzed in an internal inquiry.

“Our initial report clarifies that MPAJ council president Datuk Mohamad Yacob is in the dark over the issue as he was in Mecca at that time,” he said.

On Thursday, Human Resources Minister Datuk S. Subramaniam, who is also the MIC secretary-general, said the party was extremely disappointed with the state government and MPAJ for allowing the demolition to occur.

Samy Vellu also condemned the demolition saying it went against the Opposition’s promise during the last general election not to demolish any place of worship. 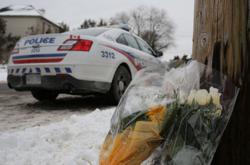