The King was welcomed by Minister Datuk Seri Ong Ka Ting, his deputies Datuk Robert Lau and Datuk Azizah Mohd Dun, senior Ministry officials and staff at the Ministry located in Pusat Bandar Damansara at 10am.

Tuanku Mizan attended a briefing on the Ministry's functions and objectives, which was given by Ministry secretary-general Datuk Ahmad Fuad Ismail.

In his welcoming speech, Ong said the Government has allocated RM8.974bil to the ministry in the Ninth Malaysia Plan to carry out major development projects by 2010.

He said the 9MP has given a lot of emphasis on the construction of well-built and affordable homes for the lower-income group and the Ministry were working hard to ensure that such projects would be carried out.

Allocation has also been provided to provide more facilities and quarters for the Fire and Rescue Department and also to eradicate urban poverty, Ong said.

During the briefing, Tunku Mizan asked for more details about the Ministry's housing development programmes for the hardcore poor and also efforts to tackle abandoned housing projects.

Several Acts had also been passed to protect the interests of house-buyers of abandoned housing projects and to ensure that such projects would be carried out for the benefit of the lower-income group, Ong added.

Ong later told reporters that Tuanku Mizan gave him and his staff a lot of encouragement to work hard for the people.

"The King's visit is indeed a special day for all of us, and we are very grateful for his kind words and motivation to all of us at the Ministry," he added. 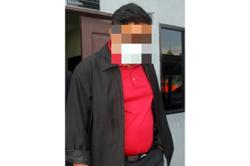