MALACCA: The history behind the naming of Malacca state is widely known, but not many know how a Malacca tree looks like.

The Malacca tree, which once provided shade for Parameswara, a Sumateran prince who was taking a break while hunting, can now be seen along the Sungai Melaka riverbank near Jalan Laksamana, Bandar Hilir, here.

Six Malacca trees (Phyllanthus Emblica) were planted there by the Historical Malacca City Council for the public and tourists to view.

A notice board on Malacca’s history and its link to the tree has also been placed there.

According to legend, while Parameswara was resting under the tree, he saw a white mousedeer protecting itself by kicking the nose of his hunting dogs.

Impressed by the mousedeer’s courage, and taking the event as a good omen, Parameswara decided to build his empire there, and named his kingdom after the tree that provided him shade.

Malacca Mayor Datuk Zaini Md Nor said the council planted the trees so that the people, as well as tourists, would know what a Malacca tree, often referred to when relating the state's history, looked like.

The 4.5km stretch of the riverbank from Taman Rempah to Gudang Kastam also offers a panoramic river scene.

The trees are now part of the attraction for tourists visiting Sungai Melaka, which is being beautified by the state government so that it can become like the San Antonio River in Texas, which is famous for its cleanliness and beauty. 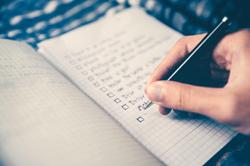