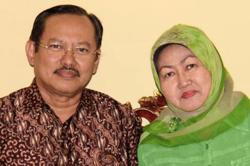 KUALA LUMPUR: Doctors are not allowed to be involved in the direct selling of health supplements to their patients, said the Malaysian Medical Association (MMA).

“All such complaints will be forwarded to the Malaysian Medical Council, which will investigate the complaints and take action against the doctors responsible.

“Doctors should not peddle expensive direct-selling products. This is a violation of the Medical Act 1971,” he said in an interview.

Dr Athimulam, however, said doctors could prescribe vitamins if a patient was malnourished and if they were necessary to strengthen the immune system.

“At the recent MMA council meeting, the issue of prescribing vitamin C was brought up and we have no problems with that because the Health Ministry has approved it,” he said.

It is learnt that some doctors not only sold their patients expensive supplements but also compelled them to join pyramid schemes in order to get discounts.

According to one complainant, some doctors, including specialists, are involved in direct-selling groups promoting the “Wellness Revolution” and claiming that members could make a fortune in the next “trillion-dollar industry.”

Fomca president Prof Datuk Hamdan Adnan said the number of doctors participating in direct selling had increased tremendously and the authorities must act against them as this was in conflict with their profession.

“We trust doctors with our health and it is unfortunate if they recommend expensive supplements to earn a big commission,'' he said.

CAP president S.M. Mohd Idris said doctors should only prescribe standard drugs for their patients and not peddle supplements.

“It is for this reason and other factors that CAP has been pushing for pharmacies to sell drugs while doctors only prescribe the medication so that there will be no conflict of interest.” 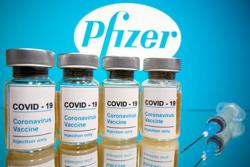