KL unhappy with Singapore's proposed date of signing of pact. 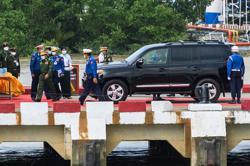 PUTRAJAYA: Malaysia has questioned the rationale behind Singapore’s proposed date and venue to sign the special agreement to refer the claims on Pulau Batu Putih to the International Court of Justice.

Foreign Minister Datuk Seri Syed Hamid Albar said the republic’s proposal to sign the agreement in Brussels – on the sidelines of the Asean-European Union foreign ministers’ meeting on Jan 27 or Jan 28 – was “strange.”

“I don’t understand why it has to be signed on the sidelines of the Asean-EU meeting when we are such close neighbours. In fact, they made the announcement to the press first and only today (yesterday) did I receive the note from them.

“They can give a short notice of two or three days, we can still sign the accord because it takes only between 45 minutes and one hour for us to meet either here or in Singapore,” he told reporters at his ministry’s Hari Raya open house here yesterday. Singapore High Commissioner to Malaysia Ashok Mirpuri was among the guests at the function.

He said the dates suggested by Singapore were not even one of seven or eight proposed by Malaysia since early last year.

Syed Hamid said he needed to study whether Malaysia could agree with Singapore’s proposal because he might not attend the Asean-EU meeting.

quite busy with preparations for the Non-Aligned Movement (NAM) summit in Kuala Lumpur in February.

“If we can’t agree with Singapore then we will suggest another date,” he added.

Syed Hamid said the last date proposed by Malaysia for the signing of the accord was last November but the republic did not respond.

Asked whether Malaysia considered the signing of the agreement as a matter of urgency, Syed Hamid said:

“Let us trace history. The prime ministers of both countries agreed in 1981 to sign the agreement after Singapore objected to us claiming the island as our territory. Ten years later, both countries agreed that the matter should be referred to the ICJ and in 1994 we agreed on a signing of a special agreement.

He said now that Malaysia’s claims on the islands of Sipadan and Ligitan were over, it was anxious to see the overlapping claims on Pulau Batu Putih resolved.

Asked about a special meeting on the islands chaired by Prime Minister Datuk Seri Dr Mahathir Mohamad at his office earlier in the morning, Syed Hamid said it was to discuss the latest development because of the public interest generated by it.

He said Malaysia accepted that there was a territorial dispute on the island and felt that it had the right to carry out surveillance in the area.

“We hope Singapore will not interfere on our right to carry out surveillance in our waters. There should not be any aggression on the part of Singapore because we do not even land on the island.

“Furthermore, we feel that since there are overlapping claims on the island, the status quo should remain and Singapore should respect this so as not to upset the position of the claims by both countries,” he added. 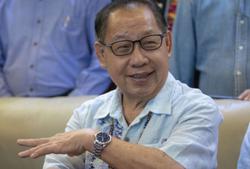 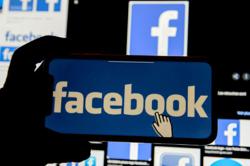