There is a lot of social and economic potential in the unique archaeological heritage of the northern region of Peninsular Malaysia. Due to an overwhelming response, Think City has opened a second call for project and initiative proposals under its Cultural Economy Catalytic Grants programme.

SO you know about the Perak Man, but have you heard of the Penang Woman?

The Penang Woman is a 5,700-year-old human skeleton that was accidentally unearthed at Guar Kepah in Kepala Batas, Penang, in 2017, when the area was dug up to lay the foundations for the Guar Kepah Archaeological Gallery.

It was reported that the neolithic skeleton was excavated by Universiti Sains Malaysia archaeologists and researchers from under a shell midden about seven metres high.

Even before the discovery of the Penang Woman, Guar Kepah is an important archaeological site in the country. As reported, the USM’s Global Archaeological Research Centre (GARC) had begun conducting excavation works and research in 2010 at the site, where they found various prehistoric remnants including shells, pottery and tools.

According to the GARC, Guar Kepah is the only known shell midden site in the country. Shell middens are prehistoric mounds of kitchen waste comprising shells and other food scraps. They are important in archaeological studies as a source of information and proof of possible ancient human settlements or burial sites.

In fact, Guar Kepah is one of the first prehistoric sites in the country to be excavated for study – dating all the way back to 1830s. It is recorded that between 1851-1934 British archaeologists excavated around 41 skeletons from three shell middens at Guar Kepah. Unfortunately, these pre-historic skeletons are currently kept at the National Natuurhistorisch Museum in Leiden, Netherlands.

Efforts are being made to repatriate the skeletons, but for now those who are interested can visit the Guar Kepah Archaeological Site and see the replica of the Penang Woman there.

In July this year, GARC researchers completed a forensic facial reconstruction to produce a face sketch of the Penang Woman, who is estimated to have died when she was between 30 to 35 years old. 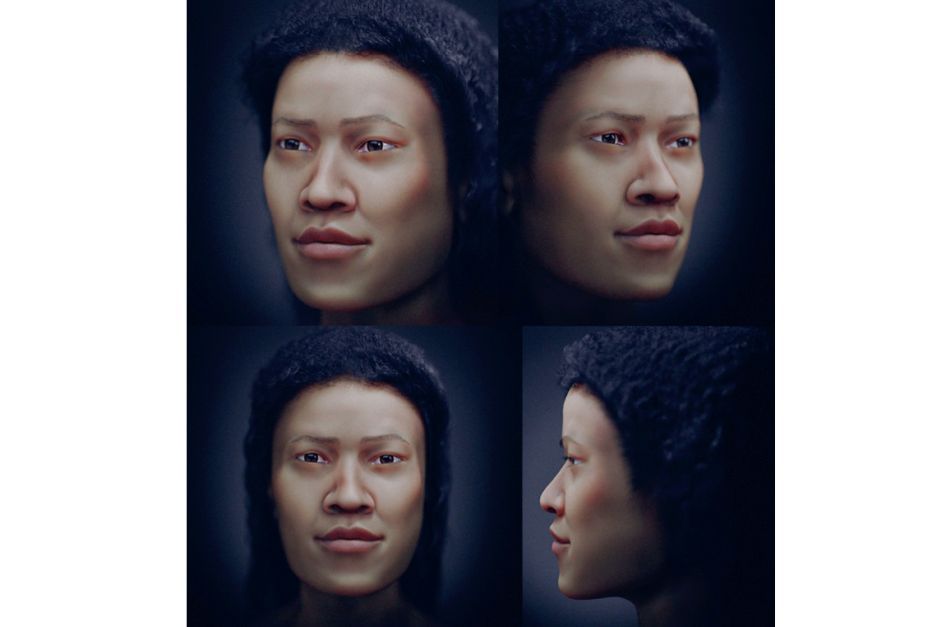 How the Penang Woman looks like after the forensic facial reconstruction. – Bernama

Work is also being carried out at the site to build a proper gallery, with future plans – pending funding – to equip it with interactive and smart technologies including 3D elements.

This will boost archaeological tourism or archaeotourism at the site, which will not only raise awareness and understanding of the cultural heritage but also help in its conservation. 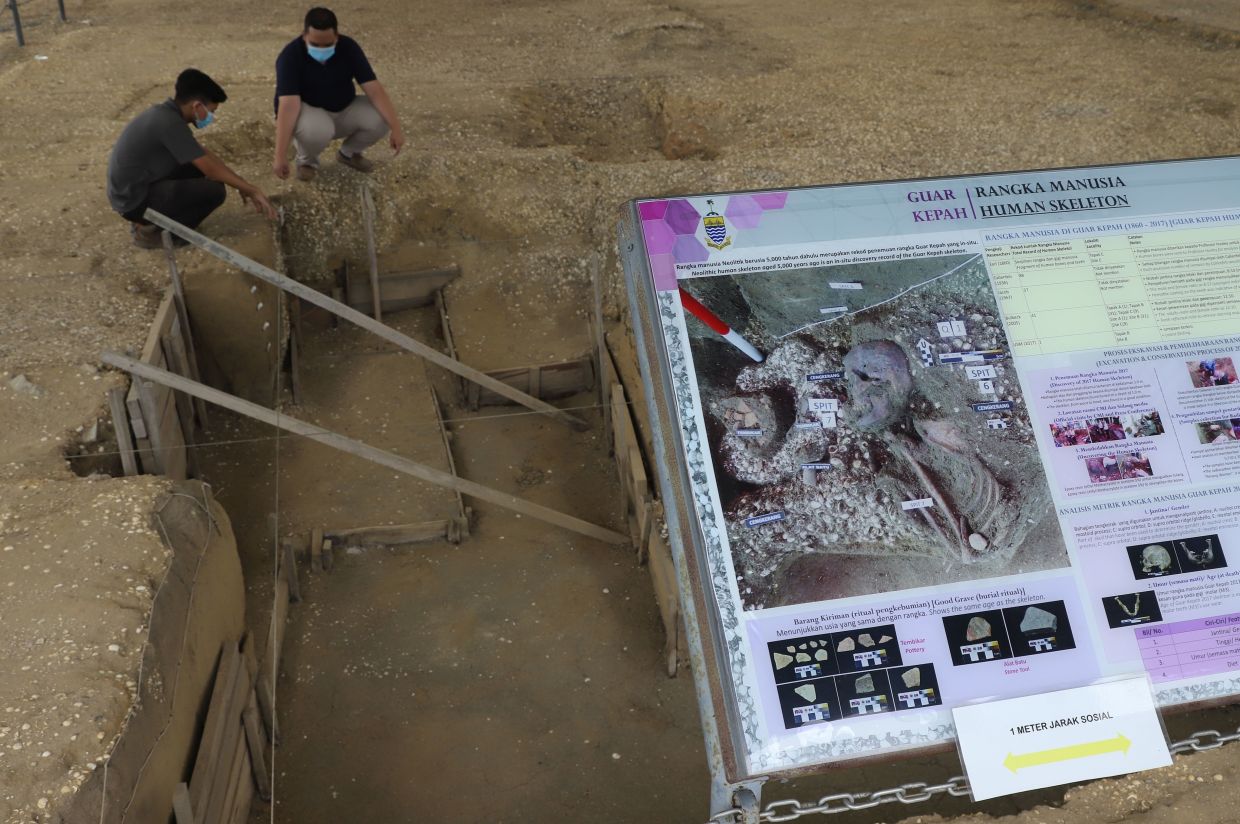 Tourists can now visit the site where the Penang Woman was discovered in April 2017 at Guar Kepah, Kepala Batas. – LIM BENG TATT/The Star

Crucially, Guar Kepah is not the only rich archaeological site in the northern region of Peninsular Malaysia. Less than 20kms away, in the state of Kedah, is the Sungai Batu archaeological complex. Situated within the Bujang Valley archeological site, Sungai Batu is said to be the oldest civilisation in South-East Asia where the remains of the earliest human-built structures have been found. 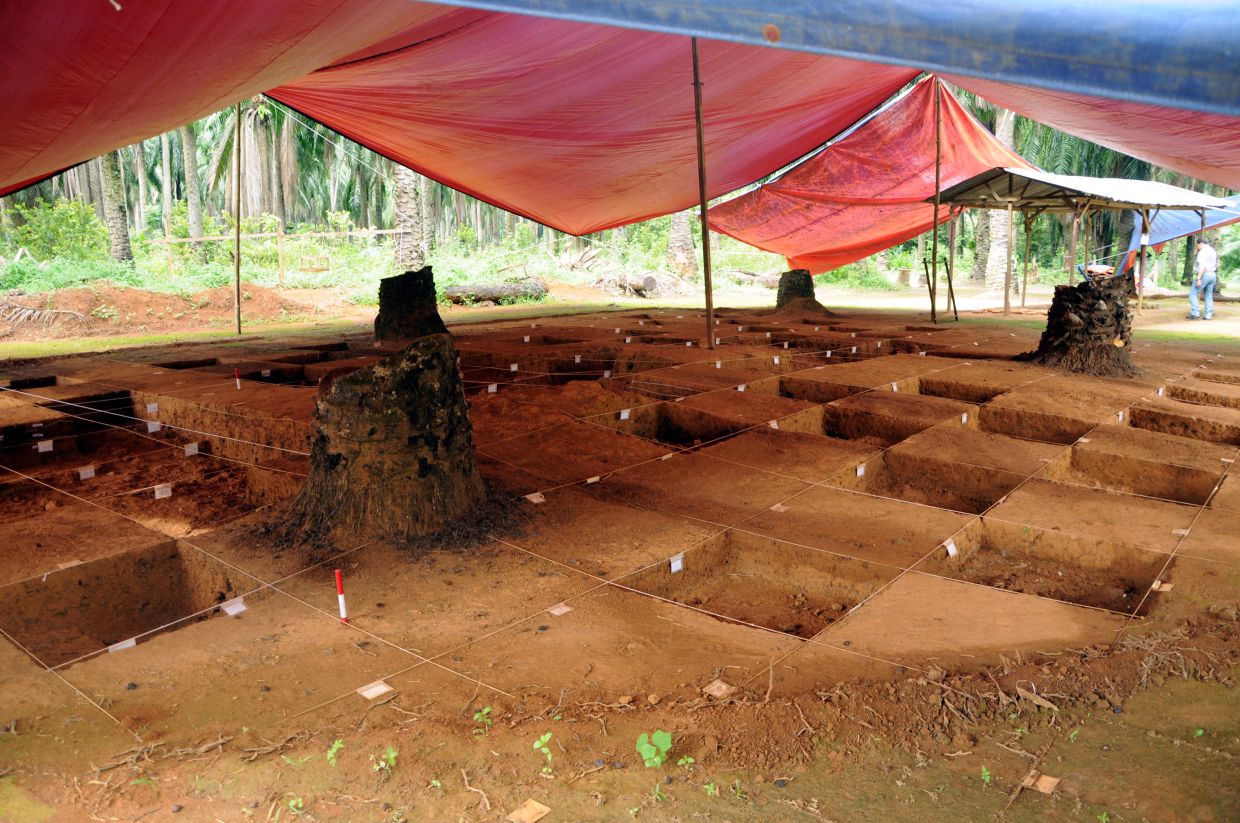 An 'iron ore' smelting site inside the Sungai Batu Archaeological Site. – Others

Then, as mentioned earlier, there is the famous 10,000-year-old Perak Man, who was discovered in the neighbouring Lenggong Valley, Perak, where the oldest prehistoric settlement in the world after Africa is believed to be located. 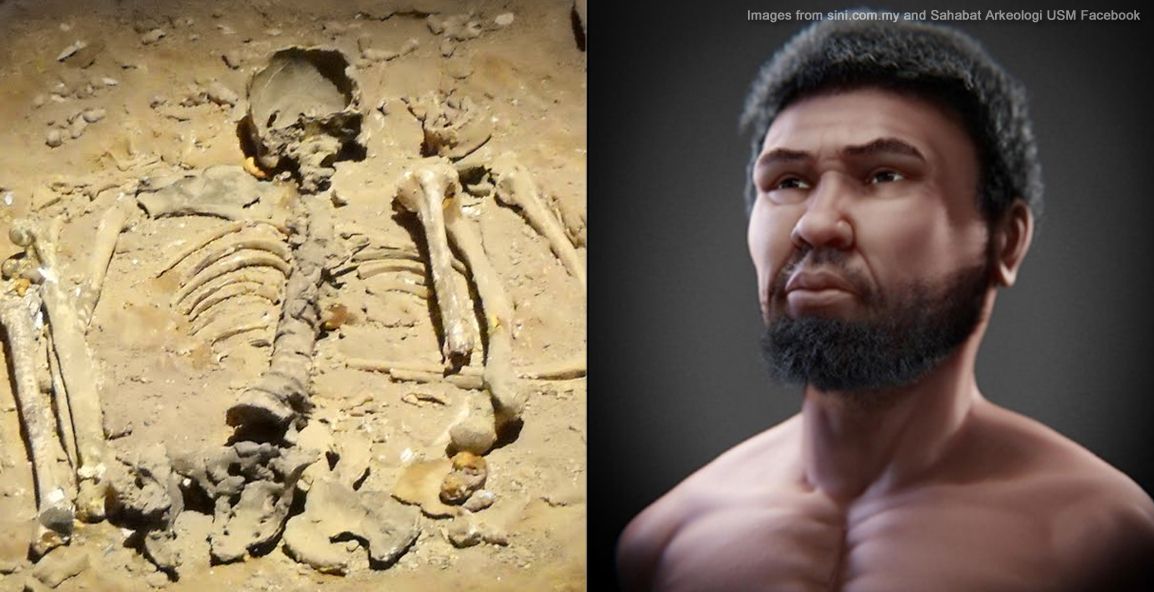 It is with the recognition of the potential of this archaeological heritage to be a major tourism draw that urban impact organisation Think City, under the aegis of the Finance Ministry, had initiated the Cultural Economy Catalytic Grants Programme in April.

Under the grant initiative, which is part of the Northern Region Archaeotourism Network & Local Economic Development programme, RM10mil was allocated in Budget 2022 to boost culture-based economic development in the area.

According to Think City, the grant programme aims to “leverage its unique tangible and intangible assets as enablers for re-generative socioeconomic growth and development of the community’s cultural, economic and social capital as it would create employment and investment opportunities.”

Open to individuals, collectives and organisations in the community and from various sectors such as heritage-based organisations, local artisanal businesses and homestays, the programme offers grants for initiatives and projects that can deepen and diversify the visitor’s journey and broaden the public’s understanding of the region’s cultural significance, especially the archaeological heritage.

For example, the grant can be used to boost the food culture in the area, for publications, restoration of traditional and historic buildings, research and various other programmes to enhance the cultural or natural heritage of the sites and places, as well as to benefit the local communities.

“Our aim is also to empower communities to take ownership of their shared history and translate that into social, ecological and financial capital that can sustain generations to come,” says Think City’s managing director, Hamdan Abdul Majeed. 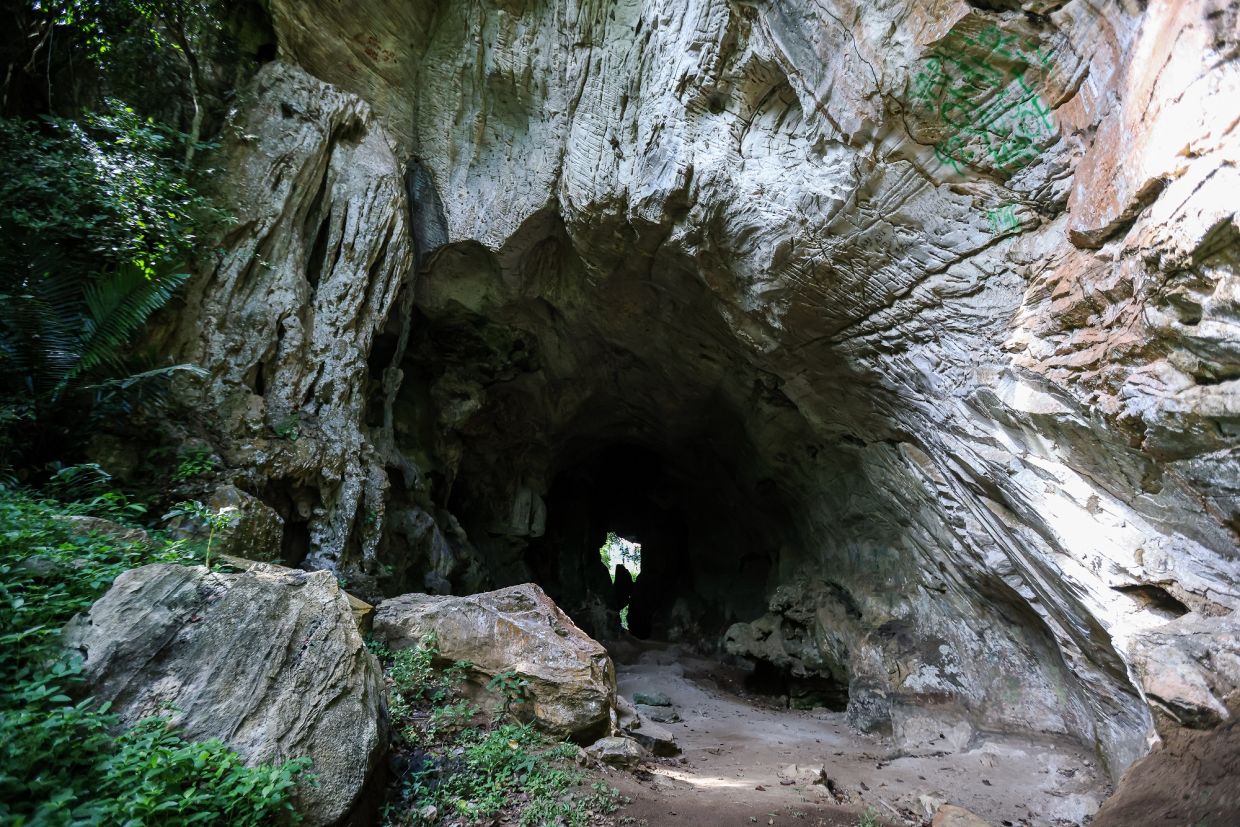 The first cycle of the grant programme – which focused on Lenggong, Kuala Kangsar and Taiping in Perak – saw 23 diverse winners clinching grant awards for a variety of projects and initiatives.

Due to the overwhelming number of applications received for the first cycle, Think City decided to open up a second cycle of application for the cultural economy catalytic grants.

For this second cycle, which will close on Oct 4, Think City hopes to encourage applications from and for archaeological sites such as Guar Kepah, Sungai Batu, Lembah Bujang, Alor Setar and caves of Perlis to natural heritage sites such as the mangrove reserve in Sungai Prai and one of the oldest rainforests in the world, the Royal Belum.

Hamdan explains that culture-based economic development is one of the key areas that Think City is focused on.

“Throughout history, people have been attracted to cities as centres of culture, learning and economic opportunity.

“As an entity focusing on urban regeneration, one of our efforts has been looking at how we use our historic assets in our cities as a leverage towards betterment.

“The reason why we call it historic assets is because history brings things alive,” he says.

“Aside from that, our area of focus has been about the role of culture as a new engine of growth. Based on our knowledge and experience, all the places with historic assets have demonstrated that with investment, innovation and imagination, we will be able to bring them alive and they can become interesting spaces of possibilities,” Hamdan adds.

“We see as a result of that, in places that have been regenerated, jobs have been created, livelihoods have been improved, aside for the fact that people get better experience in the quality of space and amenities, and so on.” 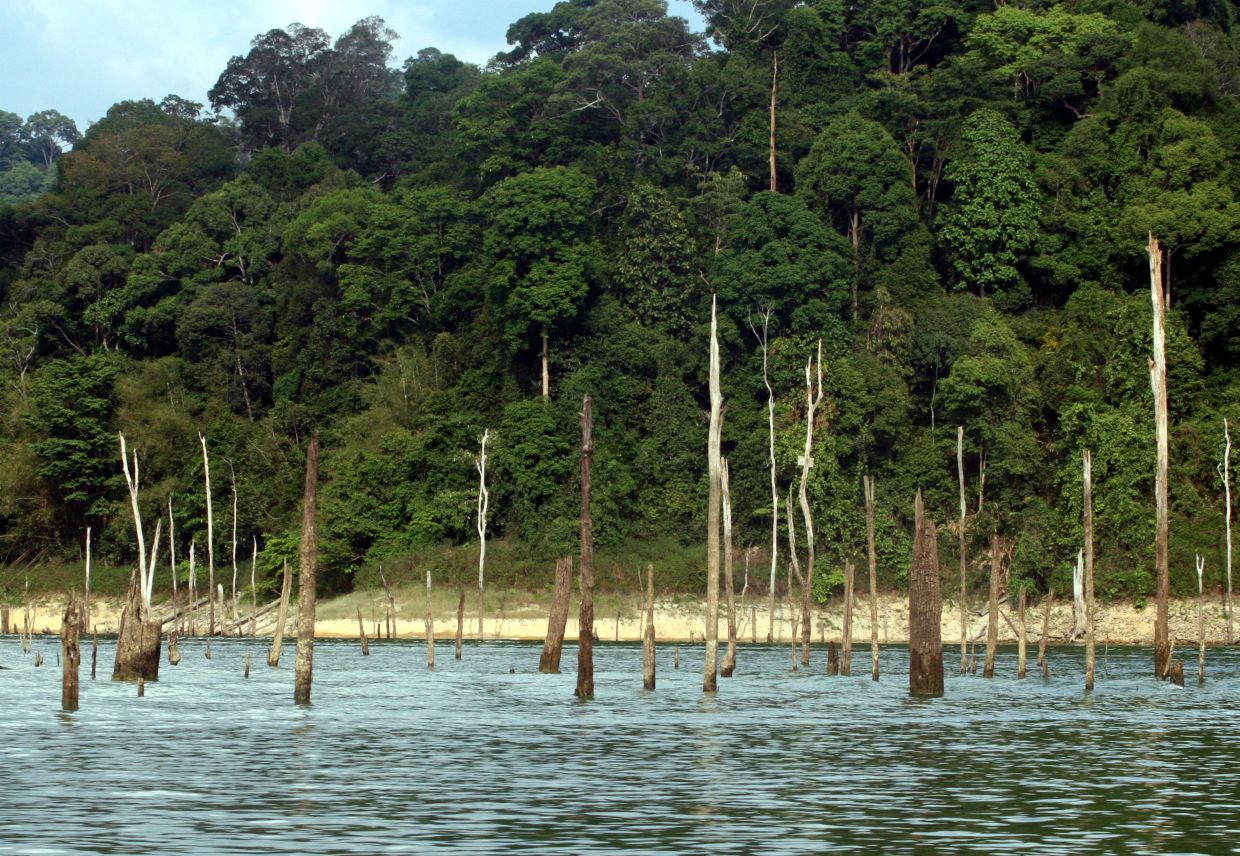 For the second cycle Think City hopes to encourage applications from and for other archaeological sites in the northern region, as well as natural heritage sites such as the Royal Belum. – The Star

So, it is in this context that Think City started the programme focusing on archaeotourism, he says.

“Basically, we are trying to stitch together or build a network of our historic towns, our significant monuments, archaeological sites, our natural assets with the forests and geoparks in the northern region into a contiguous experience.”

“We strongly believe that investments in archaeological heritage, with the support of the state governments and local councils, will attract the public and other stakeholders to participate in various multi-activity programmes that are linked along the northern Malaysia cultural corridor.”

As Hamdan quips: “The northern region is a two-million-year-old story waiting to be explored and discovered.”

He adds, “The reason why we have such a significant number of historic assets is because Malaysia sits at the confluence of history and geography; the peninsula, in particular, has been a kind of crossroads of freight and civilisation.” 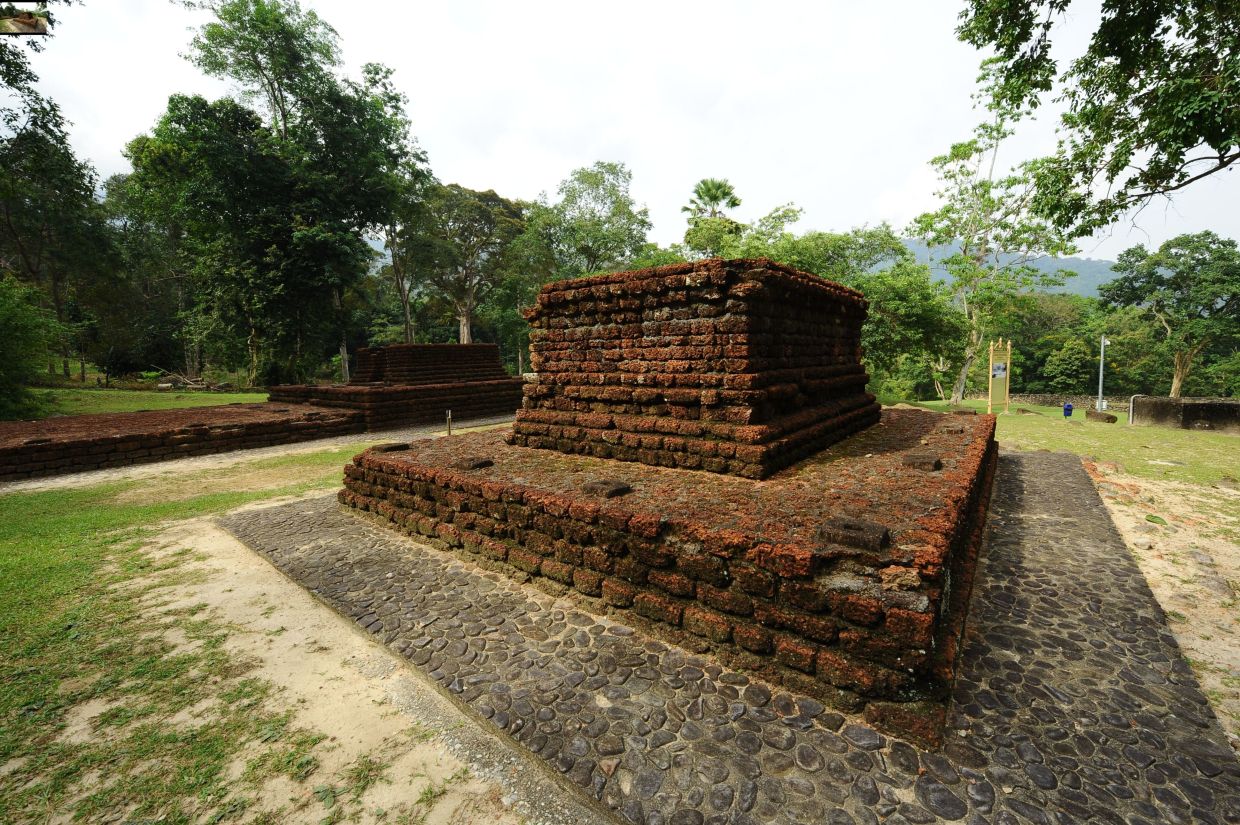 The archaeological sites are very significant to show proof that there existed ancient communities and civilisations.

“But in the case of the Bujang Valley and Sungai Batu, the existence of an ancient civilisation is proven, there is key evidence of it,” he says.

With this rich history – on top of the wealth of its natural heritage – the northern region of Malaysia has a huge potential to grow into a key sustainable cultural destination, including as an international archaeological heritage destination, Hamdan notes.

“Why is this important? Basically we are trying to understand our history. It's important because the archaeological heritage tells you about the longevity of a particular space and location, it talks to you about the richness and depth of culture.

“And we can find it across the tapestry of our rich culture that is so mixed because of the confluence – being at the crossroads – that has brought communities and people together.” 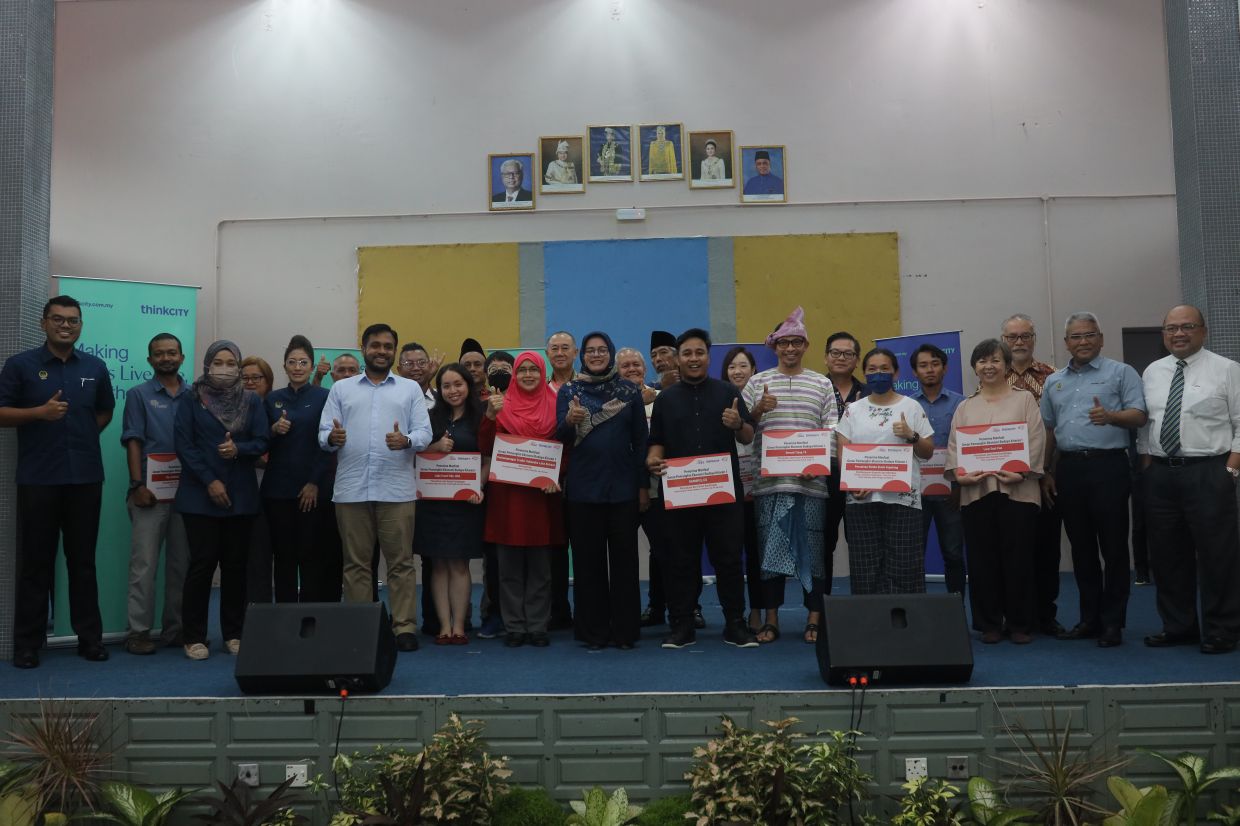 Here is what some of the grant winners of the first cycle of the Cultural Economy Catalytic Grants say:

“The funding from the Think City and Finance Ministry will allow us to channel the knowledge on the archaeological findings we have discovered through our research in Lenggong to the local community.

"The grant will also facilitate the expansion of our Training & Young Archaeologists’ Capacity Building Programme, which aims to build the local capacity within Lenggong by educating content providers such as tourists guides and local communities.

"The grant will also enable us to help improve the socioeconomic situation in Lenggong by involving the local community, creating new jobs within the tourism industry, and teaching the future generations of Lenggong to appreciate and protect its historical heritage and culture.”

"I commend the effort by Think City towards promoting the cultural gems in Lenggong and its surrounding areas.

"We welcome visitors from all over the world to our heritage stay especially since we offer a truly unique archaeotourism experience based on the cultural sites of Lenggong and its community-based tourism products.

"Our website is visited by people from all over the world who are looking for information on Lenggong. A website that has professionally-captured images and well- developed narratives and write-ups could enhance the appeal of Lenggong and contribute to generating more interest and attracting visitors to the area. The grant will enable us to achieve this."

Writer Liew Suet Fun, for whom the grant will enable her to publish her two books titled Beguiled/on Larut Hills and After Long Rainy Afternoons of Taiping and her People

"Through the grants programme, I'm able to pursue my passion in writing my books and publish them so people can explore the soul of a town, rather than rely on brochures.

"Think City guides applicants for its grant through the necessary stages of ideation and implementation. This is how Think City enables the regular citizens to make meaningful differences within their community."

“The grant provided by Think City will help to fund improvement works in the community centre as we pursue our mission of building communities that share and inspire.

"The facility is a popular centre for various activities that bring the local folks together irrespective of race and religion with its mission of community empowerment and cooperation. The support will enable a local folk like me to give back to the community.”

1. Capacity Building & Advocacy – upskilling the community to capitalise on social and economic opportunities, and outreach campaigns to enhance awareness and increase the value of heritage assets;

2. Demonstration – projects to introduce best practices to enhance the prominence and allure of assets in the region;

3. Content Creation – initiatives and projects to enhance visitor experience and create awareness and appeal on the northern region.

For this second cycle, Think City encourages applications from and for archaeological sites such as Guar Kepah, Sungai Batu, Lembah Bujang, Alor Setar and caves of Perlis to natural heritage sites such as the mangrove reserve in Sungai Prai and one of the oldest rainforests in the world, the Royal Belum.

The second cycle of grant programme closes on Oct 4, 2022. For more information on the grants, visit: https://www.thinkcity.com.my/budaya.