JULY 7 this year marks the 14th anniversary of George Town and Melaka’s inscription as a Unesco World Heritage Site.

These sites were designated on July 7, 2008, by the United Nations Educational, Scientific and Cultural Organisation (Unesco) as having “outstanding universal value” under the Convention Concerning the Protection of the World Cultural and Natural Heritage.

According to Unesco, there are three types of heritage sites: cultural, natural, and mixed. With its rich confluence of history and geography, Malaysia’s diverse heritage can be traced back to prehistoric times. It is not surprising that Unesco has recognised three other world heritage sites - one cultural and two natural - in Malaysia: the Lenggong Valley, Perak, for it archaeological heritage; Gunung Mulu National Park, Sarawak, and Kinabalu Park, Sabah, both for their rich biodiversity.

Malaysia has also earmarked a few others for tentative recognition as world heritage sites including the Sungai Buloh Leprosarium and Taman Negara.

However, as many experts agree, there is a treasure trove of heritage in the country that has yet to be recognised or even unearthed.

Among the Malaysian sites that deserve such attention for preservation and listing recognition is the Niah Caves of Sarawak, with its 40,000 years of prehistoric human presence and also unique cave paintings, says cultural heritage expert and consultant Ahmad Najib Ariffin.

“Basically, for its World Heritage Sites, Unesco looks for solid qualities or characteristics that include uniqueness and valuableness in a combination of forms, functions, culture, history and so on, especially those that hold local and universal values together or even glocal lessons that humanity can learn or share, and appreciate.

“So, it's these sites that can fulfil the above criteria that should be given attention in Malaysia, or anywhere for that matter,” he says.

Another cultural heritage that he believes should be given its due recognition is Istana Seri Menanti in Negeri Sembilan (and its traditional Negeri Sembilan environs), as it is “the tallest vernacular all-timber palace built originally without nails in the world.”

He adds, for cities or towns, historic royal enclaves such as Kuala Kangsar, which still retain their traditional structures (such as Istana Kelarai, Masjid Ihsaniah Iskandariah and Ubudiah) and cultural landscapes should receive attention and recognition too.

“This is a site that would significantly place Malaysia on the world heritage map. The findings and artifacts challenged the conventional belief that the Malay peninsula is ‘young' with regard to history. The whole area, which includes large parts of Kedah through Seberang Perai has revised our perspective on civilisation,” says the professor of social and intellectual history at the International Institute of Islamic Thought and Civilization, International Islamic University Malaysia.

He adds that the allocation of funds must continuously be channelled toward research and conservation of the site.

“More efforts must be put to establish and popularise the narrative on the Lembah Bujang-Sungai Batu in the context of global history and civilisations. Although much still needs to be discovered, we do not have to wait longer to promote and brand the areas to the world.

“With that too, proper facilities (world standard) and signages must be in place. Facilities and infrastructure for the public to consume this site must be in place. And there must be sufficient public information to create interest and the proper perspective,” he notes.

Elizabeth Cardosa, who is a conservator for works of heritage and culture, highlights the importance of preserving our national and individual heritage as well.

“There are many levels of heritage. The world heritage site is one that has outstanding universal value to the world. A national heritage is what is of value to the nation.

“But actually, it depends on where you are, who you are, because heritage is anything that we value as an individual, as a family, as a community, as a state, as a nation or as the world. It is what we consider valuable, as part of our legacy, our memory and our history, that we want to keep preserved for the future generations,” she says.

“There are certain things and certain places that remind us very much about our roots, our history,” she adds.

For Cardosa, what is important is to retain the character and identity of old small towns in the country.

“If you go to any small town in the country that was built during the colonial or pre-World War II periods, you will see that it has a main street which demonstrates that multicultural characteristic of Malaysia.

“I would say it’s important to retain the character of these old small towns where our multiple communities lived cheek by jowl: you have a masjid at one end of the road and a Chinese temple at the other end, with a Hindu temple and a church along the way. And in between you have a market and you have a school. All of this characterises the story about how as a nation with many different people, we were able to live side by side and with a sense of respect.

“It is important to retain this character and this value," she says, naming Kampung Kepayang and Kuala Lipis as some of her favourites.

Concurring, architecture history expert Prof Dr Mohd Tajuddin Mohd Rasdi says we need to look at heritage and history that can bind us together.

“We need a narrative of history that binds us together and heritage is a very important aspect because it is the confluence of all the things that we are.

“If you look at the food, the dress, the streets, the spaces, the buildings, they are all from different parts of each culture and are complementary,” he says, stressing that the heritage of all ethnic groups in Malaysia should be valued and treated as equal.

Crucially, it is important to recognise how the heritage of the different ethnic groups are also part of the country’s growth over time and how we came to a sense of “Malaysia”, he adds.

Prof Tajuddin names the May 13 cemetary in Sungai Buloh, Selangor, as an important heritage for Malaysians.

“As I have written many times, the cemetery needs to be a memorial for people as most of those who died in the May 13 race riots were innocent bystanders.

“It can help us learn from that incident,” he says.

Here are some of the interesting heritage sites around the country: Lembah Bujang in Kedah is believed to be the site of one of South-East Asia’s oldest civilisations. In fact, in 2016, renowned archaeologists confirmed that the Sungai Batu archaeological complex in the valley was over 2,000 years old, making it more ancient than Cambodia’s Angkor Wat and Indonesia’s Borobudur. Several ruins of Hindu and Buddhist temples, iron smelting plants, jetties and other relics have been unearthed at Sungai Batu, indicating that it was once a bustling hub. The discovery of human fossils and ancient cave drawings makes the Niah caves in Sarawak an important site of prehistoric man’s existence. A key discovery was that of a Palaeolithic human skull which is said to be at least 40,000 years old. Another is the ancient wooden boat-shaped coffins. The site also has a significant cultural heritage as it was once home to the Penan tribe. With its surrounding limestone hills and lowland dipterocarp forests, the Niah caves also have a rich biodiversity that provides valuable natural heritage. Built in 1930, it was the second largest leprosarium in the world, but the Sungai Buloh institution in Selangor was also known as the most scenic and most modern with its then state of the art facilities. It also became one of the key leprosy research centres in the world. But what was most unique about the leprosarium was its open-living design, which made it a self-sustained settlement with 600 buildings and various lush gardens. The Sungai Buloh Leprosarium was also noted for its multiracial living environment. The secluded cemetery in Sungai Buloh, Selangor, often described as being around the size of two badminton courts, contains 114 tombstones of the victims of the May 13 incident in 1969 – including those of two Malays and an unidentified person. Lining the main street of this former tin mining town in Kinta Valley, Perak, are two rows of pre-war shophouses. They are believed to have existed since the 1880s and are noted for their architectural designs. Like many small towns in Malaysia, Kampung Kepayang is a historical reminder of a bygone era and forms an important part of the Malaysian identity. Located near Jeli, Kelantan, Gunung Reng is a majestic limestone outcrop which houses a cave that is full of bats. While its natural beauty is the mountain’s main attraction, what makes it interesting is its legend. As it goes, around 1,400 years ago, Gunung Reng did not exist where it is now. In its spot was a village called Kampung Tok Tala. The villagers apparently loved to party instead of praying and were cruel to animals. So after one mega bash, they were punished: Gunung Reng was swept up in a storm from its original location and dropped on top of the village, the remains of which, to this day, are said to be buried under the mountain. 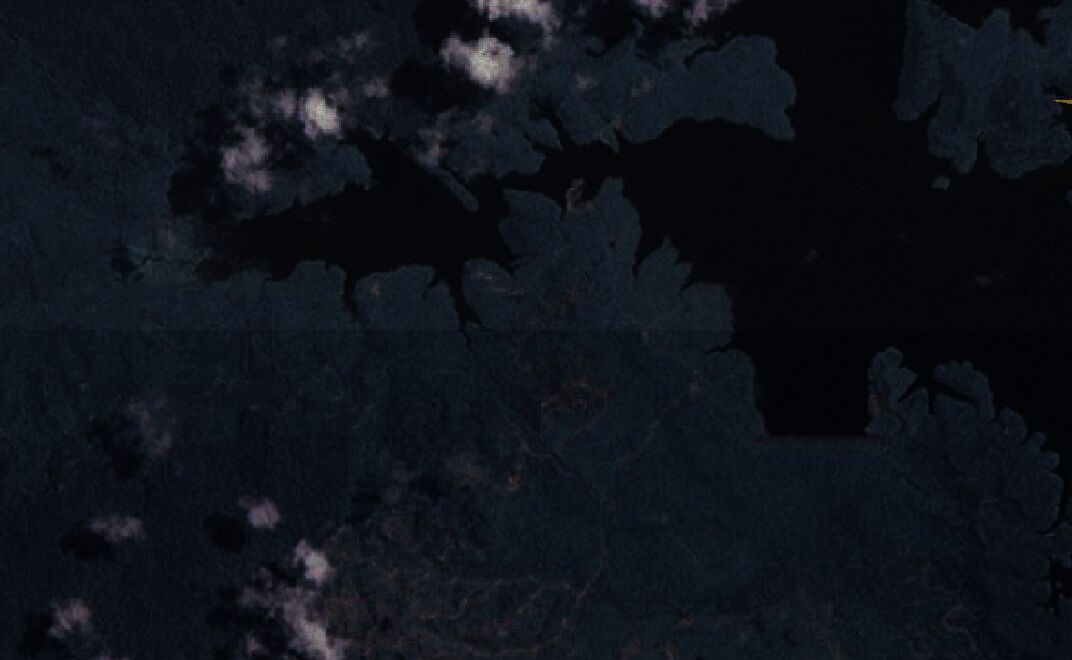 In 2005, an independent researcher claimed to have discovered an ancient lost city from the Srivijaya Empire era (7th-13th century) called Kota Gelanggi in a forest reserve in Johor. This was later disputed by the Johor state government, which said that the historic city is really Kota Klang Kiu or Ganggayu based on historical facts and archaeological finds by the state heritage foundation, Yayasan Warisan Johor. Taman Negara is the first and the largest national park gazetted in Peninsular Malaysia. It is a hotspot for biodiversity as it hosts diverse species of flora and fauna, many of which are endemic, rare, vulnerable or threatened in Malaysia. Some areas of the tropical rainforest and rivers are estimated to be more than 130 million years old. Found half -submerged on the banks of the Tersat River in Kuala Berang, Terengganu, in 1887, Batu Bersurat Terengganu is an inscribed stone with the first Jawi writing in the country. It is believed to be proof of the arrival of Islam in Terengganu in 1303. It can now be viewed in the Terengganu State Museum. You can also visit the memorial in Kuala Berang. 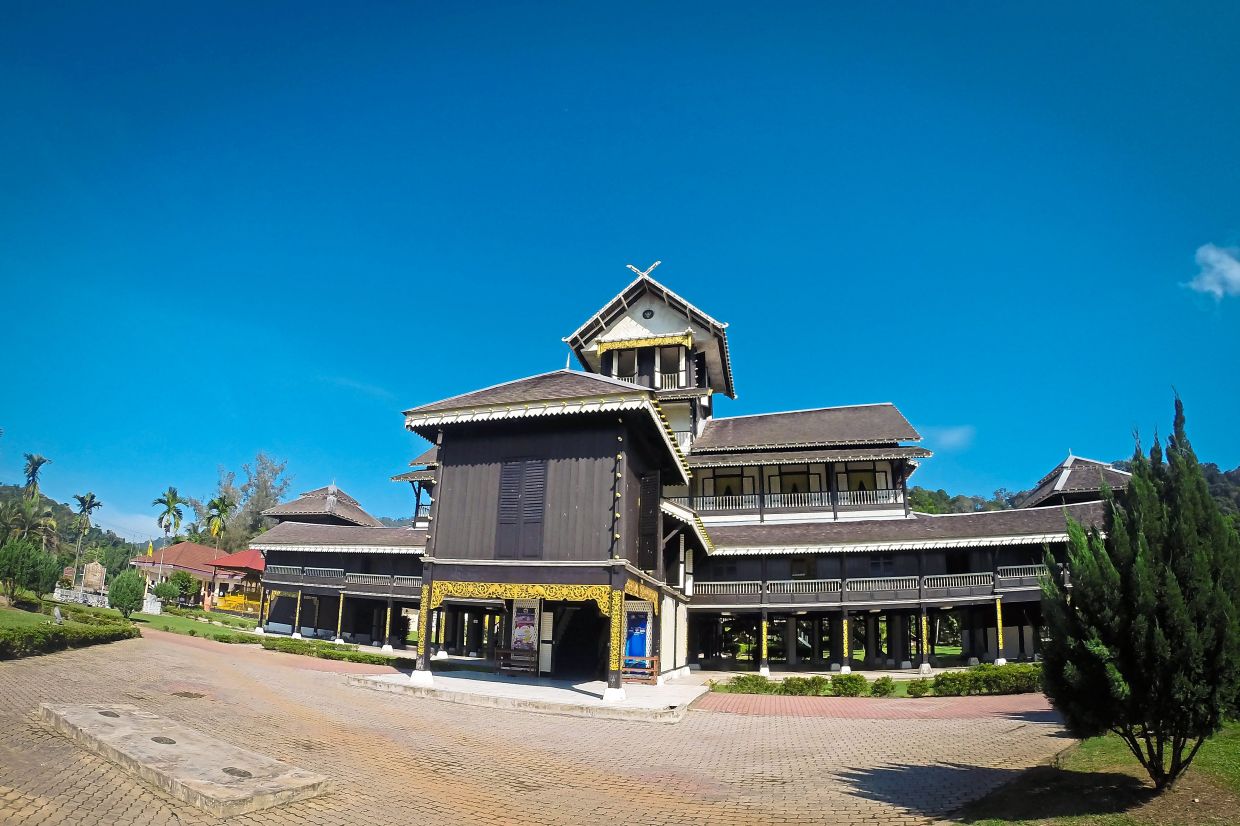 Constructed in the early 1900s in the Minangkabau architectural style, the four-storey Istana Seri Menanti in Kuala Pilah, Negri Sembilan, is one of the largest wooden structures built without the use of nails in the world.

Check out TheStar.com.my on July 7 for an interactive report on Penang's seven secret locations you shouldn't miss! 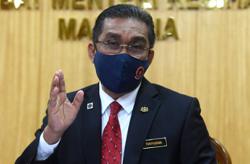