No matter who wins the Heard/Depp trial, defamation lawsuits against accusers are here to stay

Court of public opinion: Johnny Depp fans cheering for the actor outside the Fairfax County Circuit Courthouse on the final day of the defamation trial in Fairfax, Virginia. – Reuters

AFTER weeks of testimony in a Virginia courtroom, the much-watched defamation trial of Johnny Depp’s claim against Amber Heard is nearing its end. At the heart of the case is Depp’s contention that his reputation was damaged to the tune of US$50mil by a 2018 Washington Post op-ed in which Heard described herself as a “public figure representing domestic abuse” – a characterisation Depp insists is false. (Heard has filed a US$100mil counterclaim.)

It’s impossible to predict what the jury will decide. Although Depp has evidently won the court of public opinion, in 2018, he lost a similar case in a London court after suing a British tabloid for referring to him as a “wife beater.” Whatever you think about the merits of Depp’s case against Heard – and regardless of where the jury lands – one thing is clear: Defamation lawsuits against accusers are here to stay. 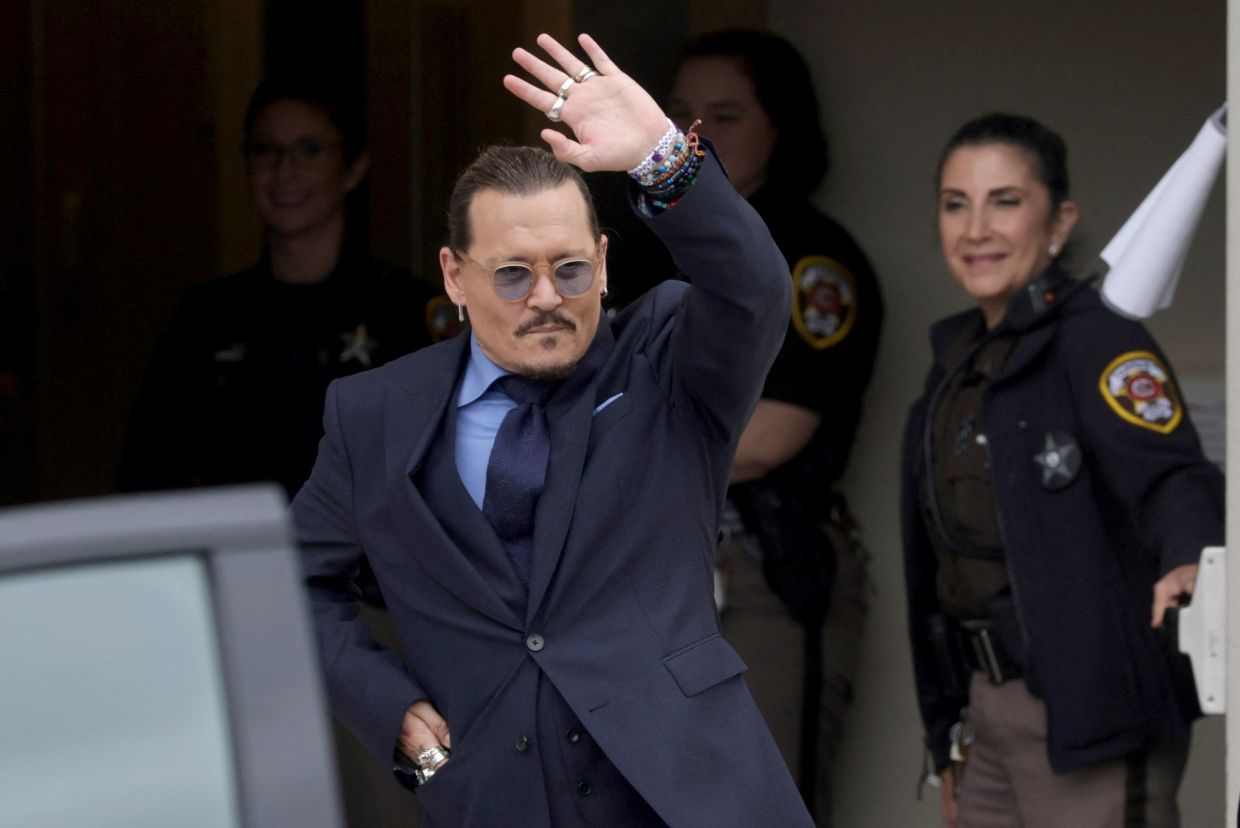 Although Depp has evidently won the court of public opinion, in 2018, he lost a similar case in a London court after suing a British tabloid for referring to him as a 'wife beater.' – Reuters

Since 2017, the #MeToo movement has propelled a new kind of sexual misconduct accusation. More and more, we see accusations through informal reporting channels, which include social media and traditional media, rather than complaint to official personnel such as law enforcement, campus disciplinary authorities and human resource managers in workplaces. Survivors long disserved by formal institutions are turning away from systems that too readily dismiss them. 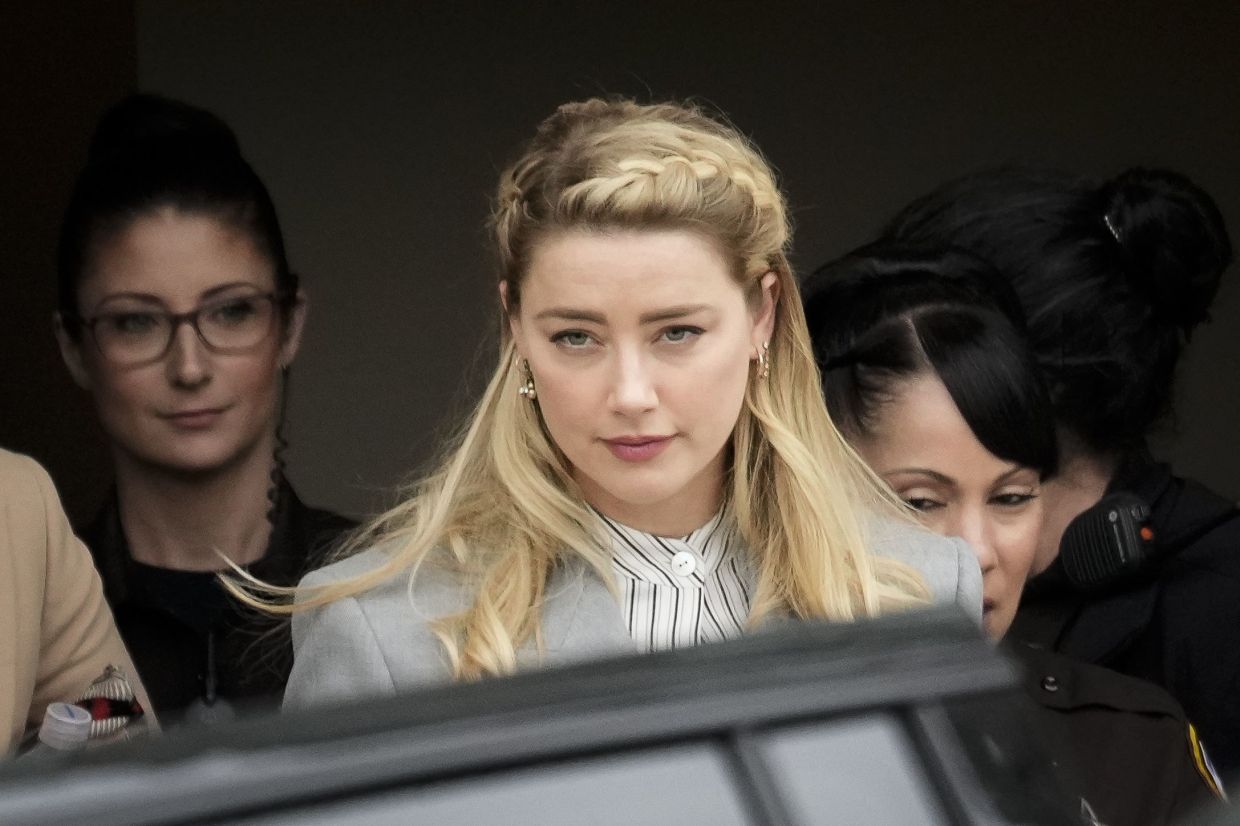 Heard wrote in her op-ed: 'Like many women I had been harassed and sexually assaulted by the time I was of college age. But I kept quiet – I did not expect filing complaints to bring justice' – AFP

Informal reporting can bring with it certain benefits, including the chance to educate others about the realities of abuse. But this type of reporting also presents risks and downsides – in the court of public opinion and in courts of law. These costs have become even more apparent as informal complaints have become a norm.

When an individual makes an unofficial allegation of sexual misconduct, that person becomes the potential target of a defamation claim by the accused. The first high-profile defamation suit of the #MeToo era was filed in late 2018, when a writer accused of sexual assault and harassment in multiple entries on a document known as the S – Media Men list sued the creator of the list, and 30 anonymous Jane Does, for US$1.5mil. (That lawsuit is pending.) Men accused of sexual misconduct in recent years have sued not only their alleged victim, but the media outlets that reported the allegation, with limited success.

The weaponisation of defamation suits is a phenomenon that extends beyond high-profile figures. Dozens of workers who have come forward with sexual harassment allegations have also been sued in recent years. Student accusers are also increasingly being sued for statements made in the course of campus disciplinary proceedings.

Of course, if an allegation of abuse is truthful, the accuser-turned-defendant should, in theory, prevail eventually. Even so, for survivors contemplating disclosure, the prospect of being sued can be a meaningful deterrent to publicly accusing one’s abuser. Many sexual misconduct victims cannot afford the financial cost of defending a lawsuit, even apart from the psychological toll this effort exacts.

Although a defence of truth may provide ultimate vindication for the accuser, winning in the end hardly seems satisfying. And there’s a grim irony in a survivor who deliberately chooses not to lodge a formal complaint winding up in a courtroom anyway, testifying to the abuse under the most formal conditions possible, and expending enormous resources merely to beat back a defamation claim. With that possibility lurking in the background, no survivor could be faulted for choosing to remain silent.

One modest safeguard is state anti-SLAPP (“strategic lawsuits against public participation”) laws. Anti-SLAPP statutes are designed to weed out meritless lawsuits that penalise and chill speech involving matters of public concern. Thirty-two states and the District of Columbia have enacted some form of anti-SLAPP legislation. But significant statewide variation in these laws allows defamation plaintiffs to choose the forum most advantageous to their claims. And when it comes to federal cases, courts are divided in their approach to applying state anti-SLAPP laws. To remedy these shortcomings, commentators have called for the passage of robust federal legislation.

While accusers would benefit from better anti-SLAPP legislation, it is an incomplete solution to a much larger problem. Consider this passage in Heard’s op-ed that received far less attention than her oblique reference to Depp: “Like many women I had been harassed and sexually assaulted by the time I was of college age. But I kept quiet – I did not expect filing complaints to bring justice.”

Would-be accusers understand that, if they do come forward, they are likely to encounter what I call the “credibility discount” – the unwarranted distrust, blame and disregard that gets meted out to victims as a matter of course. Our failed systems of accountability keep most abuse accusations from ever surfacing.

Accusers who opt to speak out in informal channels may pay a steep price for doing so. And those who report officially only to be dismissed can suffer in ways often described as worse than the abuse itself.

Until there are legal and cultural changes in how we judge the credibility of accusers, it doesn’t matter how many #MeToo stories are told – or how the Depp-Heard trial ends. Justice for survivors will remain elusive. – Los Angeles Times/TNS

Deborah Tuerkheimer is a professor of law at Northwestern University and the author of ‘Credible: Why We Doubt Accusers and Protect Abusers.’