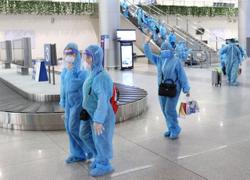 Covid equity: Activists demanding for an agreement to waive patent protections for Covid-19 vaccines in Geneva on Nov 30, 2021. — AFP

JUST as the world appeared to be limping back to life from the devastating effects of Covid-19 and its myriad strains, a new, perhaps more deadly, variant has thrown nations around the world into a state of panic. Described by the World Health Organisation as a “variant of concern”, the Omicron could prove more contagious than earlier strains, pushing many countries to close their borders.

It remains to be seen how effective the existing vaccines will be in providing protection against the fast-mutating virus. The new variant has struck at a time when scientists had made significant progress in developing vaccines that could treat the infection as we know it. In the case of the new strain, there are concerns that Omicron could evade antibodies.

The concerns of the world health body may not be exaggerated. Yet there are still wide gaps in the global response to the risk posed by the pandemic. The new variant like the previous strains has emerged from a region with poor vaccination equity.

Omicron has exposed the widespread inequality in the global battle against the disease. While the rich countries have total control over the distribution of vaccines, many poorer countries are still struggling to get even a limited supply. They cannot even vaccinate a small segment of their population. That may also be a major reason behind the deadly mutations emerging in countries with dismal rates of vaccination. But some scientists do believe that the existing vaccines are likely to offer protection in the case of the new variant as well.

According to the Global Dashboard for Vaccine Equity, jointly run by UNDP, WHO and Oxford University, only 3.07% of people living in the low-income countries have been vaccinated with at least one dose, compared to 60.18% residing in high-income countries. The vaccination rate in the UK of those who have received at least one vaccine is around 71% while in the US it is about 65%.

Compared to these figures, other high-income and middle-income countries may not be doing so well. But the situation is appalling in some of the poorest countries such as the Democratic Republic of the Congo where only 0.09% have received one dose; a slightly better rate of 1.15% prevails in Papua New Guinea.

Ironically, the spread of the new strain equally threatens the more developed countries. No number of measures can totally protect any country from the pandemic. Most countries have acted quickly in order to contain the new variant by imposing travel restrictions on half a dozen southern African nations.

Not surprisingly, South Africa has reacted strongly to the travel ban and has said that the West was discriminating against a “region that has already been set back by vaccine shortages caused by rich nations hoarding doses”. Despite the strict travel restrictions, many cases of the Omicron variant have been detected in several European countries by now.

It is really a frightening situation. The countries that had reopened their doors are now going back to some of the same restrictions they had put in place at the onset of the pandemic. Some countries have reimposed the ban on all foreign visitors.

While countries might find a travel ban necessary, can they stop the raging pandemic? So far, the patchwork of travel curbs has not been very effective. The ever-mutating virus cannot be fully contained without an equitable global approach to fighting a potentially fatal infection.

The inequitable distribution of and a few countries’ monopoly over the Covid-19 vaccines have been major reasons for the relentless spread of the virus. The supply of vaccines to less developed and non-vaccine-producing countries may have improved in recent months but the gap is still very wide. Statistics show that there is very little change in the situation with poorer nations falling far behind in vaccinating their citizens.

Following the other countries, Pakistan too has taken some protective measures including banning travel from southern African nations. Still, there is a need for more caution to stop the spread of the new variant. So far, Pakistan has done well in containing the various strains of Covid-19, with the infection positivity ratio going below 1%. There may not be a reason for panic. But neither is there any room for relaxing as another virus strain rears its head.

The percentage of fully vaccinated population in a few big cities is much higher than in the rest of the country. This is most unsatisfactory as it means that the majority of the population is vulnerable to infection. With the new variant increasing the risk, there is a need for accelerating the vaccination campaign. It’s a crucial step for getting life back to some sort of normality.

The emergence of the new variant has further highlighted the need for a more comprehensive global strategy to deal with the epidemic. No country, however rich and resourceful, can be insulated from the epidemic. The “variant of concern” could pose a greater risk if the developed world does not wake up to the danger. The unequal distribution of vaccines remains a major reason for the persistent nature of the pandemic. — Dawn/ANN 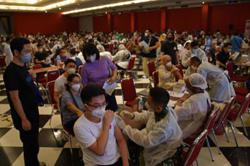 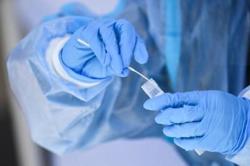