Don’t let her suffer alone: It is important for more men take a firm and vocal position against the normalisation of toxic patriarchy in our society if we are to make tangible strides towards gender equality.

WHEN 17-year-old Ain Husniza Saiful Nizam spoke out against a teacher who joked about rape in class, she received a lot of backlash, including rape threats.

Undeterred, Ain, with the backing of her father Saiful Nizam Abdul Wahab, launched a social media campaign called #MakeSchoolASaferPlace, urging other students, parents and the public to speak up against against gender-based violence (GBV) in schools. While many praised Saiful Nizam for his unconditional support of his daughter’s stand, there were a few who panned him.

In Malaysia, it is difficult to get people to speak up and take action against GBV despite the fact that cases have been steadily rising. The past few years have seen more women and girls campaigning to eliminate GBV, but there is a severe lack of male voices, and this is a cause for concern. It is important for more men take a firm and vocal position against the normalisation of toxic patriarchy in our society if we are to make tangible strides towards gender equality.

According to the United Nations, violence against women is the most common but least punished crime in the world. It is clear that one of the biggest challenges faced by GBV survivors is the lack of support available to them, which is why more voices need to come out in defence of survivors, become their allies, and condemn GBV.

GBV refers to visual, verbal, psychological, physical and other forms of harassment or abuse directed at an individual based on their gender or sexuality.

Police data showed that all of the suspects in the 2,400 sexual harassment cases in Malaysia between 2018 to 2020 were men. While this does not mean women are not aggressors – there are many unreported cases where women commit sexual crimes – it also reflects how women are disproportionately victims of GBV while men make up a large percentage of the perpetrators. Meanwhile, a majority of those who become targets of GBV in Malaysia are women and non-binary individuals. According to a 2019 study by YouGov, 36% of women and 17% of men in Malaysia have experienced sexual harassment.

Throughout the years, women have primarily taken the lead role in campaigns against GBV, but it is not enough. Gender equality is difficult to accomplish when there is insufficient social pressure from male voices, particularly when men hold the most power in our society to effect change. For example, Malaysia has not yet passed the Sexual Harassment Bill which has been delayed since last year, nor do we have a law against stalking. The majority of MPs advocating for the Bill have been women, but with only 33 female MPs among 222 in the Dewan Rakyat, there is fear that the Bill may not become a priority once parliament reconvenes after its long hiatus.

In 2013, delegates at the United Nations Commission on the Status of Women (UNCSW) called on men and boys to “speak out and take action”, to become drivers in changing male attitudes and help put an end to GBV.

The White Ribbon Campaign, a global movement of men and boys working to end male violence against women and girls, has

many times stressed the necessity of working with men and boys to end GBV.

“As major perpetrators, the target audience for primary prevention, holders of the social norms and influencers on other men, men need to be engaged to reduce and prevent GBV,” it says in its Canadian chapter brief on preventing GBV in 2011.

To raise awareness of toxic masculinity and the “boys will be boys” mentality, popular razor and personal care brand Gillete started a campaign in 2019 in the United States titled The Best Men Can Be which encouraged men to take action and speak up against sexual misconduct, harassment, and bullying while embracing kindness.

“Men need to hold other men accountable,” says actor Terry Crews, himself a survivor of GBV, in the Gillete advert, highlighting the role that men must play as agents of change.

The campaign was met with polarising reception – many praised it, but the campaign also received strong negative backlash; there were even calls for a boycott by those who found the message a hard pill to swallow.

Speaking up, especially if someone is in a position of power, can help to dismantle a toxic system in which silence can unintentionally and inadvertently lead to complicity in sustaining a harmful status quo. And in a system where the gender power dynamic tilts to one side – in Malaysia and most of the world, powerful positions in politics, law enforcement, and the corporate sector tend to be filled by men – it is important for discussions on GBV to not only be spearheaded and sustained by women. Men must also be involved.

In 2020, the Women’s Aid Organisation (WAO) recorded 200 sexual harassment cases in Malaysia, a staggering 81.8% increase from the previous year. This is just the tip of the iceberg as most cases still go unreported every day for various reasons including the lack of safe reporting mechanisms, stigma, and widespread victim-blaming. Now more than ever, when reports of GBV on the rise, we must add more voices to the discussion.

Some men, however, are reluctant to speak out when one of their own is guilty of sexual harassment to protect the “bro code” – a friendship “etiquette” among men.

Other times, disparaging remarks on women are taken lightly as merely “locker room banter” as those making said remarks downplay them as jokes and trivialise the repercussion of their statements.

The lack of action could also be due to the bystander effect – a phenomenon where when more witnesses are present, the less likely we are to intervene to help a person in distress. Mental health website Verywell Mind explains that “being part of a large crowd makes it so no single person has to take responsibility for an action or inaction”.

It could also be because some men do not feel it is their place to intervene as they are not directly involved. In other instances, the men themselves are not in a position of power and like many women, fear repercussions should they voice out their disagreement with the GBV they witness. Often, people may not even recognise a harmful act as being GBV.

The worrying aspect of all this is that when nobody makes a stand, offenders carry on with impunity.

Society as a whole needs to call out the normalcy of tolerating toxic behaviour – where perpetrators of GBV are not held accountable and those who turn a blind eye are similarly excused, says Dr Sharon A Bong, who is Associate Professor in Gender and Religious Studies at Monash University Malaysia.

“The long road ahead – even with the enactment of the Sexual Harassment Bill – is recognising how much unlearning of gender norms is needed. This can be done through sustained gender-sensitisation workshops for all stakeholders; from government, the police, law makers, society, etc. This would also entail a revisioning of sexuality education in schools,” says Dr Bong.

Normalisation of male dominance and sexism 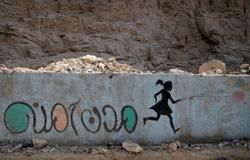